Prambanan, a Hindu temple built a bit more than a millennium ago in central Java, is a UNESCO world heritage site near Yogyakarta and a massive tourist attraction, so of course I had to go take a look. 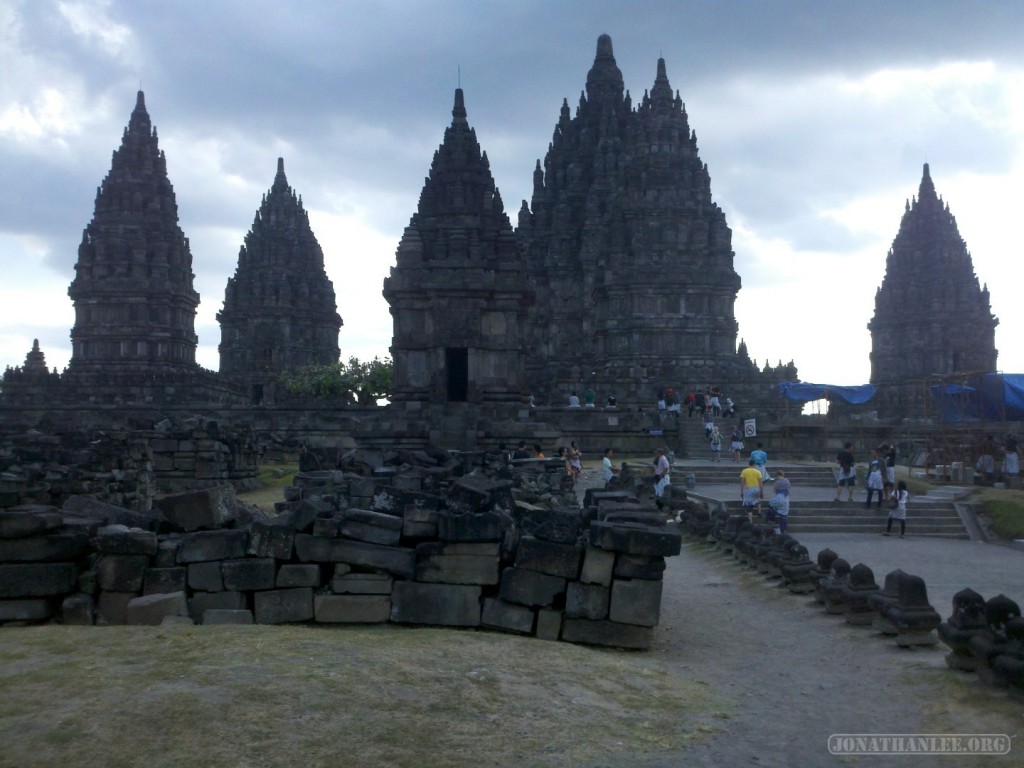 In a weird twist of history, a couple of centuries after it was built, Candi (temple) Prambanan was forgotten and “lost” from records. Since the temple was not very sturdy (it’s basically a large pile of rocks), it was also flattened by a nearby earthquake. And so, the temple remained hidden and unknown for many years until rediscovered by an explorer commissioned by Sir Raffles (the founder of Singapore). Since then, archaeologists have been working on rebuilding the temples, to mixed success.