Co-founded by Peter Jackson, Weta is the studio that handles computer graphics and props for movies like the Lord of the Rings, District 9, and Avatar; Weta Cave is the name of the division open to the public for tours.  Three trolls guarded the entrance:

Apparently, the Weta is a New Zealand insect that dates back to the time of dinosaurs, is quite ugly, and whose name is often translated as “the God of ugly things”. 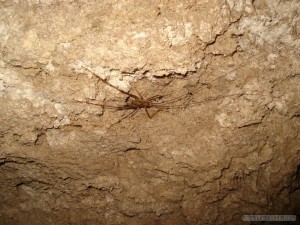 The studio has a gift shop and mini-museum, which have some really neat toys, but the best part is a 40 minute long guided tour of part of the actual studio, showing off awesome stuff made by the studio.  Sadly, photographs were prohibited, but I saw:

– A fully functional Warthog (from the Halo franchise), built from scratch (except for the engine).  Even having only played the first game, my inner geek was terribly excited.

– The alien guns from District 9, from concept and prototyping to final finished product.  Even close up, that thing looks absurdly real.

– A modern forge, turning out real metal swords to be used as props in films.  A katana manufactured by the forge served as the guide’s pointing stick :-)

– Original concept art for both past and potential future films.  There was some really cool stream punk concept art – I hope it makes it into a film some day!

– A whole mess of chain mail, from the traditionally and painstakingly made to more modern plastic designs (that totally look real).

Other than the guided tour, there was a whole mess of replicas being shown in the gift shop & mini-museum: 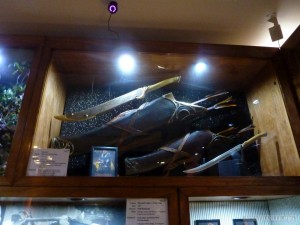 Helms from the Lord of the Rings: 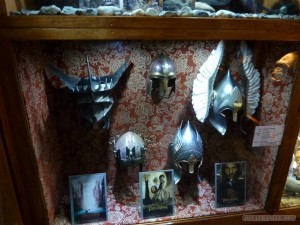 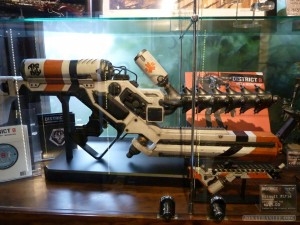 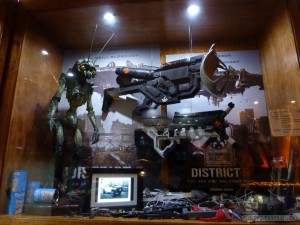 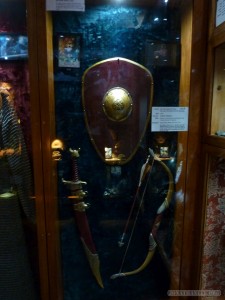 Gun and breather mask from Avatar: 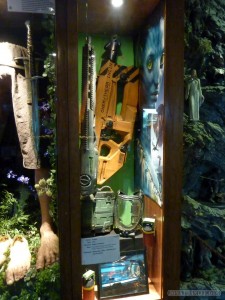 Also, my favorites: Demon Edge, Butterfly, and Vanguard from DOTA 2.  Even though the sign says no touching, I covetously ran my grubby hands all over these.  My precioussssss! 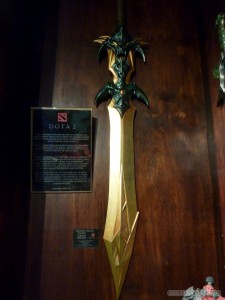 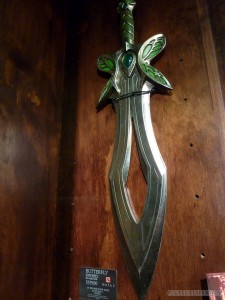 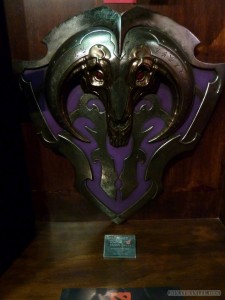 Finally, a commemorative photo of me trying to borrow the wizard’s staff – I meant no harm, only to make all this rain go away, but the wizard took offense  and cursed me with more rain :-( 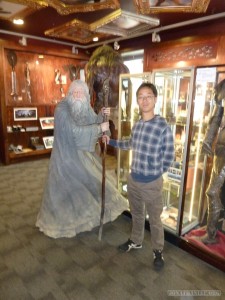