After I had gotten sick of Gili Trawangan, I hopped on a local boat heading to the Lombok mainland, where I stayed for a night at Senggigi. Like all forms of local transportation, the local boat was overcrowded – 50-some people on a boat built for 30: 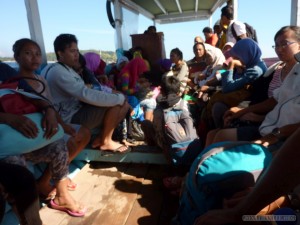 Senggigi itself was quite boring – lots of tourist-filled resorts, decent beaches, but not much else. But that was okay, I mostly just needed to get away from the insufferable crowds of Gili Trawangan. 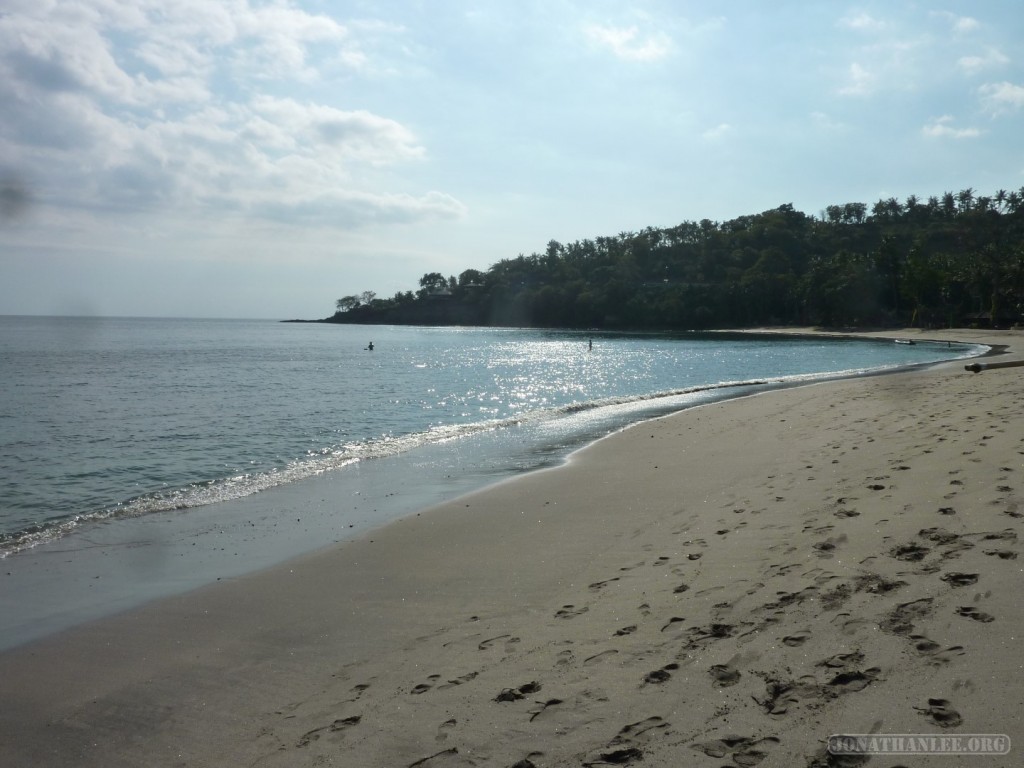 Being in an Islamic area (Lombok) during Ramadan is an interesting experience, especially towards the end of Ramadan. All the local stores are closed, and so you are forced to eat at restaurants targeting westerners. The mosques, which already broadcast their call to prayer multiple times each day, have their amplifier turned up all the way. If you live within a block of a mosque, you can forget about going to sleep early or sleeping in.

And there’s this thing:

The last few nights of Ramadan, there are these *parades*. You’ll see trucks with a stage built on top driving around and blasting music, followed by a huge procession of scooters. And everyone comes out and watches the spectacle. I couldn’t quite figure it out, and nobody’s English was good enough to explain.

While in Senggigi, I met this guy, Dennis. 20 years old, a metalworker from Australia, Dennis was in an industrial accident a year ago that completely screwed up his right arm. So for the past year, he’s been in Lombok recovering. At first, he was in constant pain, and spent 8 hours a day getting therapeutic massages, but after fully recovering in a couple of months, he just never left. And he lives on $100 per month. Long-term basic housing, motorbikes, local liquor, and food cost next to nothing, so he spends his time living around Lombok and the Gili islands, leaving once every two months to visit friends to renew his visa.

At first, I was green with envy. It’s incredible, being able to live so well, so cheaply. He knows all the local people, can do whatever he wants all day, and at 20 seems to be set for life, even without a lot of money.

But as I got to know him later, I began to have second thoughts – is his really the lifestyle I want? Sure, he’s got complete freedom, but he spends his days getting drunk and waking up at noon, every day. He takes crystal meth (and introduced me to a crazy bartender who tried to sell me some too). He knows all the locals, and gets all the tourist girls, but at the cost of living here doing nothing for an entire year.

It also really drove home the point, that when you compare your life to other peoples’ lives, you’re comparing your blooper reel to their movie trailer. When I introduce myself as a New York city finance guy who quit his job to travel the world for a year, other people must think, this guy must have lived in Manhattan being an investment banker, must be loaded, and must be traveling here in SE Asia to follow his dream.  Yeah… no.

How should I apply this knowledge? 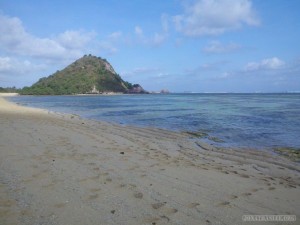 While contemplating this question, I made my way to Kuta, Lombok!