While riding my scooter around Lombok, I had my first scooter accident. I was just pulling out of my homestay into a roundabout, moving at maybe 5 km/hour, when I saw a guy driving towards me, but looking elsewhere.

Time moved in slow motion for next few seconds. Should I stop and yell for him to look forward? Should I increase speed and get past him? Should I swerve to one side?

Why had I chosen to get a scooter? Didn’t I hear all the stories of people crashing their bikes, getting massive scars? Oh shit, today is literally the last day my travel insurance is still effective!

In that split second, I panicked, hit the brakes, and yelled out “careful!”. The other guy ignored me. And in faster-than-slow-motion, we had a t-bone crash.

Thankfully, we were both traveling at extremely slow speeds, maybe 10 km / hour. I expected the impact, braced, and so suffered nothing more than a tipped-over bike and a bruised ego. Others in my homestay had gotten major scrapes and cuts from simply falling over in the sand, but I get into a head on collision and walk away without a scratch on either myself or my bike. 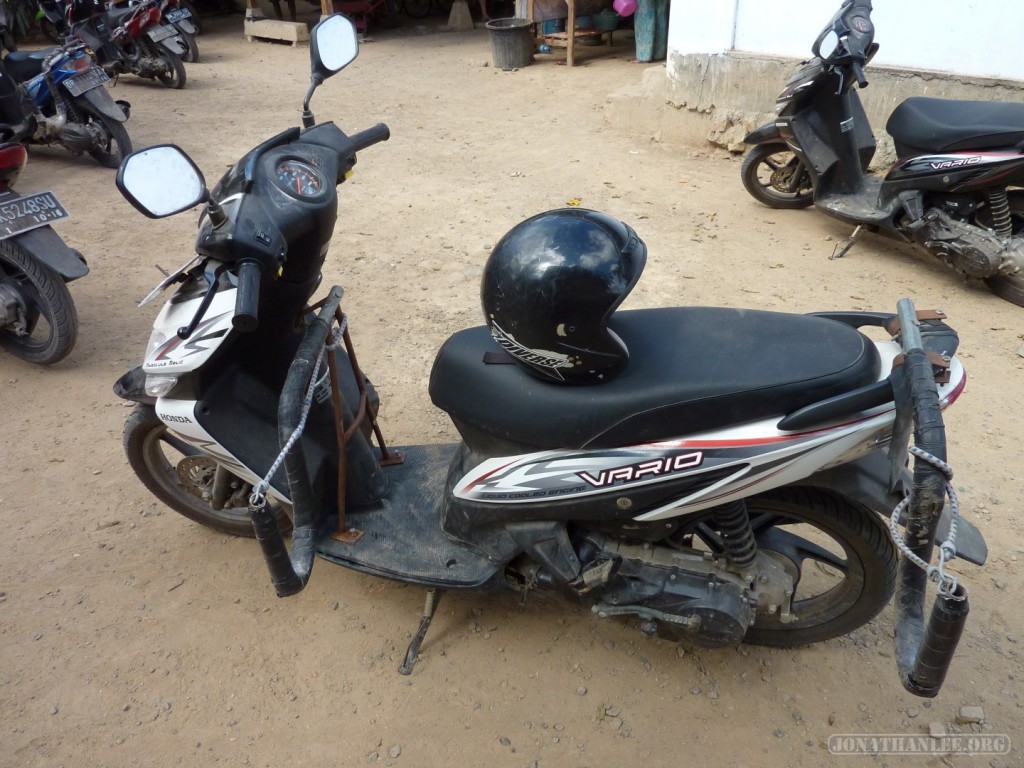 On the other hand, the other guy’s bike was not as well built, so in addition to a couple of scrapes, he also damaged his front wheel – the (rusty) spokes of his (decrepit) bike got screwed up. 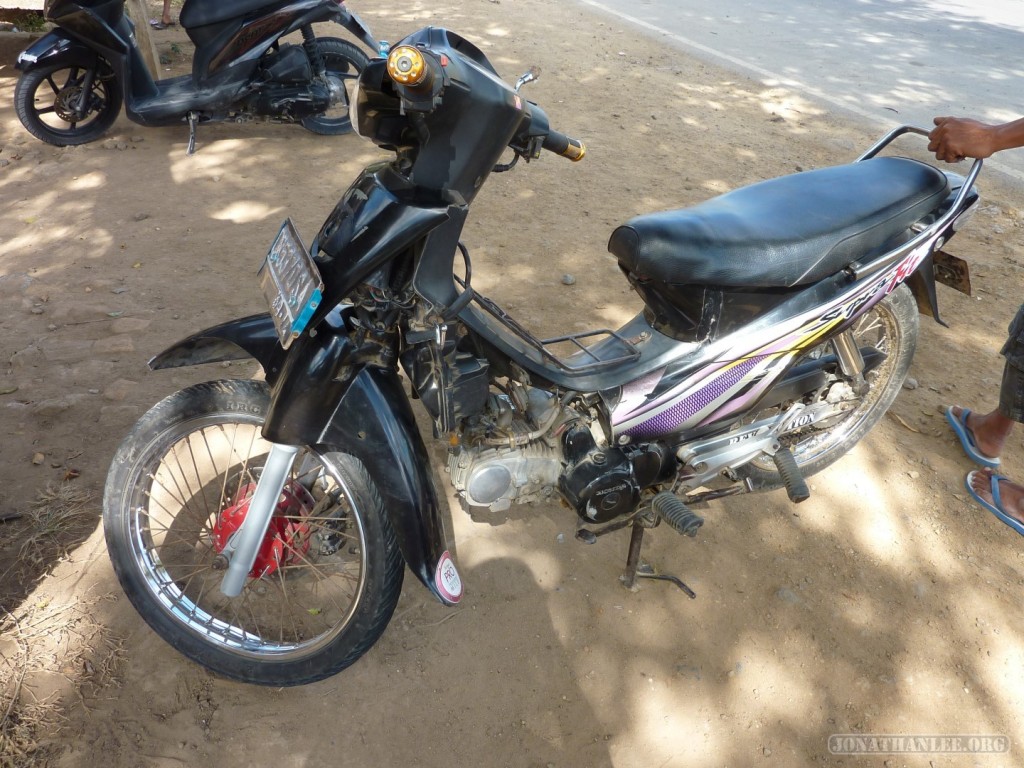 And now came the fun part – assigning blame (and reparation). I knew that if the cops were called, things would end badly for me. In any accident between locals and tourists, the tourists never win. Unfortunately, the locals guys know this.  The damage to the other guy’s bike was assessed at $50, including cost to get it to a mechanic, and he demanded that I pay the full amount.  At first, since he was the one at fault, I was willing to pay half the amount, $25, and tried to negotiate, but then more locals stepped in, and started demanding that I pay the full amount.  $50 was the local price, they said, a good price.  And if I didn’t pay that price, the police would get called.

So I capitulated, and paid $50.  Thinking back, I’m still pissed off.  The locals know what happens if the police get called, so they use that leverage to extract as much as possible from tourists.  I should be thankful that I didn’t get hurt, my bike didn’t get damaged, that no “punative” damages were demanded.  But still, I’m pissed off that this is how they treat tourists.  I’ll try and think of this as a $50 life lesson.

Be careful when riding a motorbike around Southeast Asia!