Borobudur, a Buddhist temple built a bit more than a millenia ago in central Java near Yogyakarta, is a UNESCO world heritage site and a massive tourist attraction, so of course I had to go take a look. 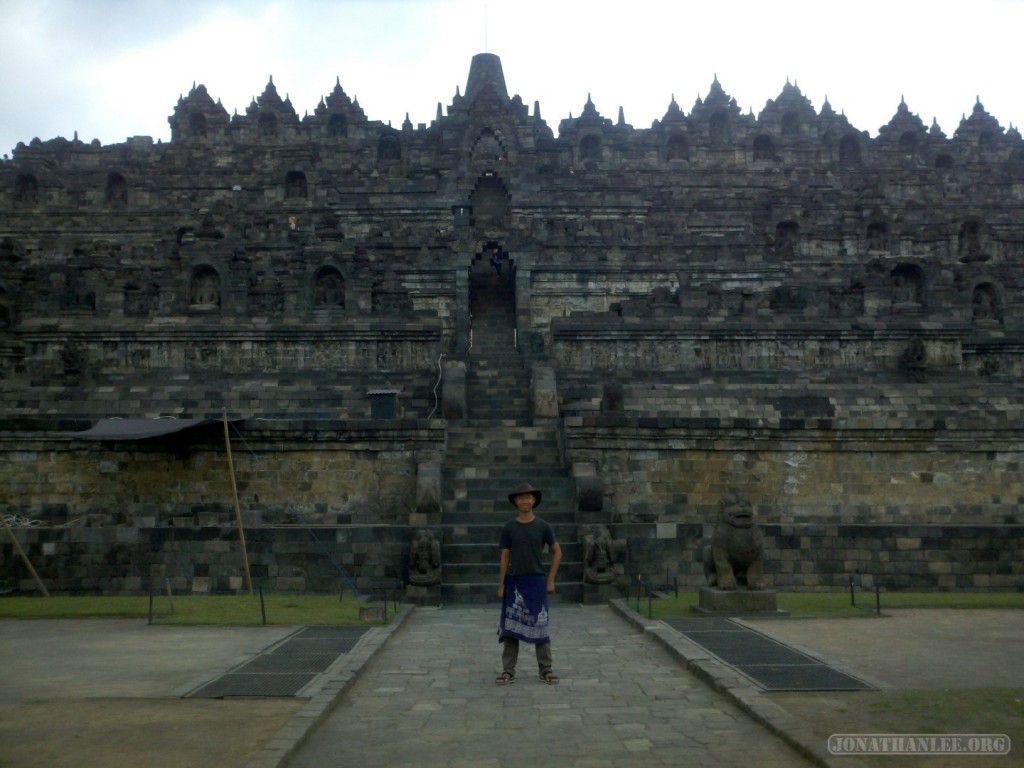 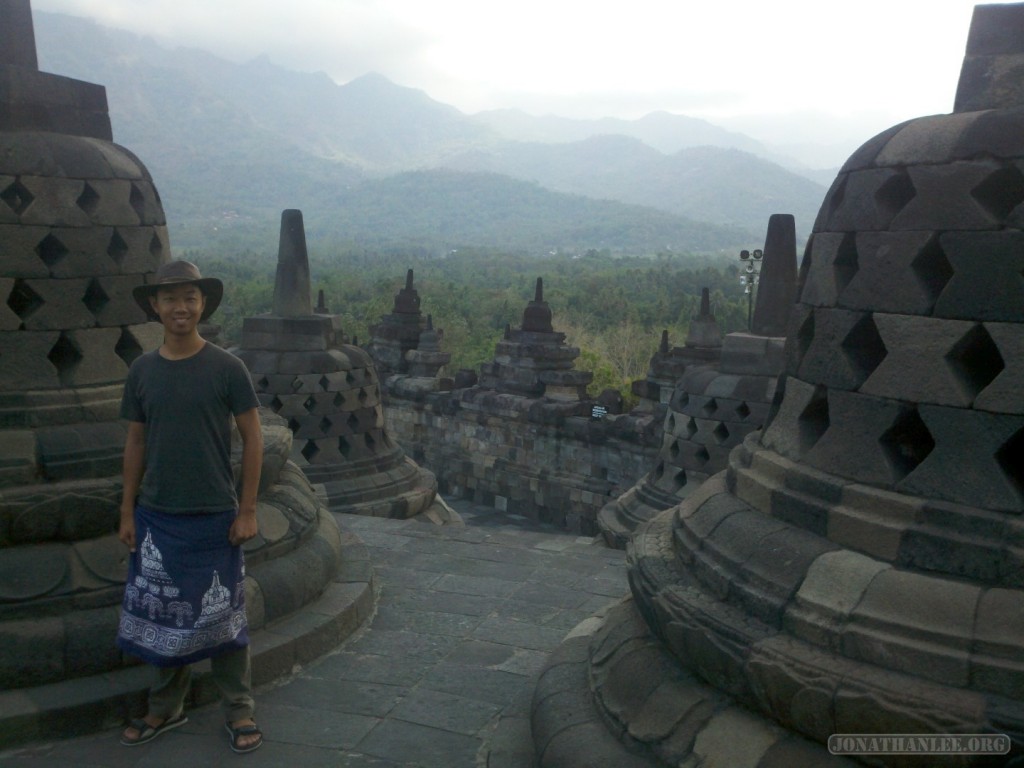 Much like Prambanan, Borobudur was forgotten and “lost” from records a couple of centuries after it was built, and remained hidden in the jungle growth for centuries, until it was re-discovered along with Prambanan by an explorer commissioned by Sir Raffles (is there anything he can’t do?). And now, like Prambanan, archaeologists are working to restore the temple.

Contrasted with Prambanan, which is a collection of buildings, Borobudur is one giant structure. Viewed from afar, it’s quite impressive. 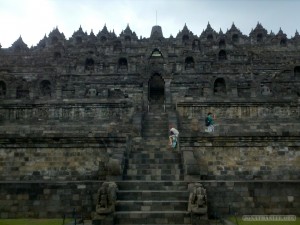 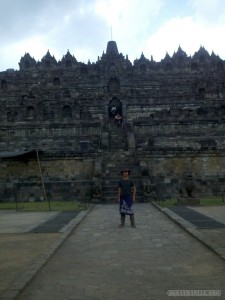 Inscribed on the walls of are all these murals: 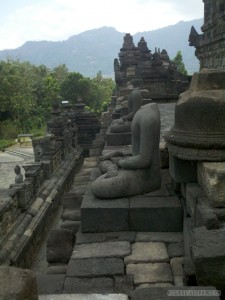 The views from the lower levels is pretty good, since Borobudur is surrounded by forests and mountains. The sunrise view is supposedly amazing, but I couldn’t bring myself to wake up yet again at 3am for yet another sunrise tour. 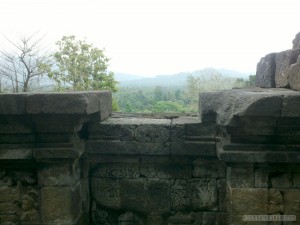 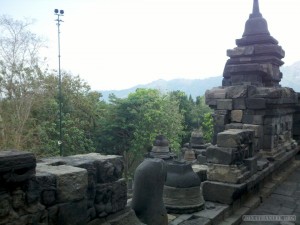 There’s a lot of stairs, but you eventually reach the top. One set of large Americans were huffing and puffing by the time they reached summit! 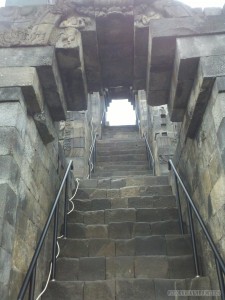 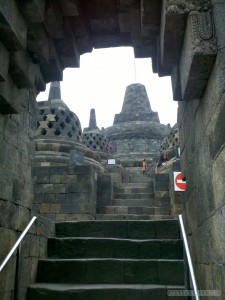 And inside each stupa, you have a Buddha! Kind of like those capsule toys. 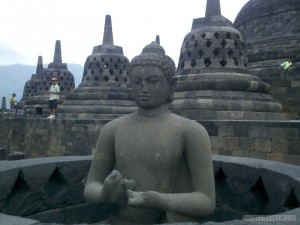 The view from the top is pretty amazing. It must be absolutely epic in the sunrise: 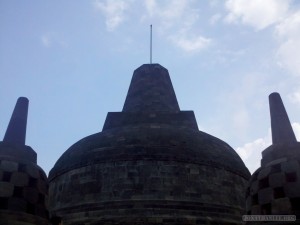 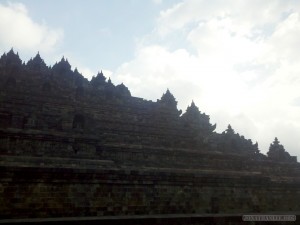 You can sort of see how Borobudur might be “lost” from records, like a Mayan temple lost in the forest: 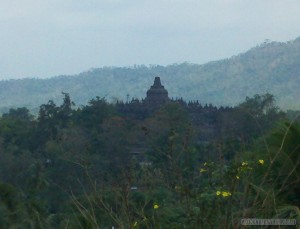 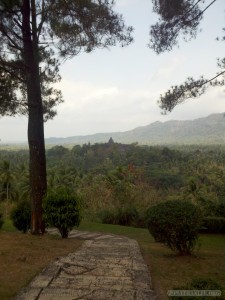 Spare pieces (and yet-to-be-fit-in pieces) from the reconstruction.  Good luck figuring out where these pieces go! 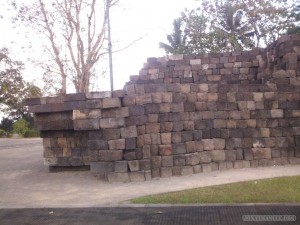 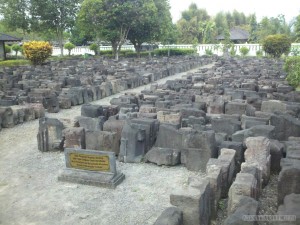 Bits and bobs:
They’re making… maple syrup? pine oil? This is at the park near the site: 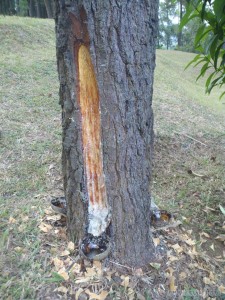 There’s only one exit from Borobudur, and it exits into a solid kilometer of vendors trying to sell you souvenirs: 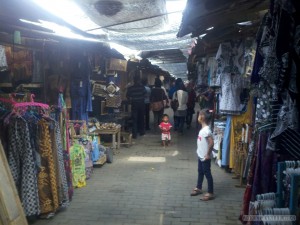