It’s odd, finally coming (back?) to Taiwan. Yes, I’m ethnically Taiwanese (I’ve got seven generations of ancestry in Taiwan), but I was born and raised in the USA. I spent my second grade in elementary school here in Taiwan, as well as countless summer breaks, but I haven’t been back here in almost 10 years now. And so it’s odd feeling, visiting Taiwan, my ancestral home – especially since my Chinese listening/speaking is conversational at best, my reading/writing is basic, and my Taiwanese language skills are basically nonexistent. 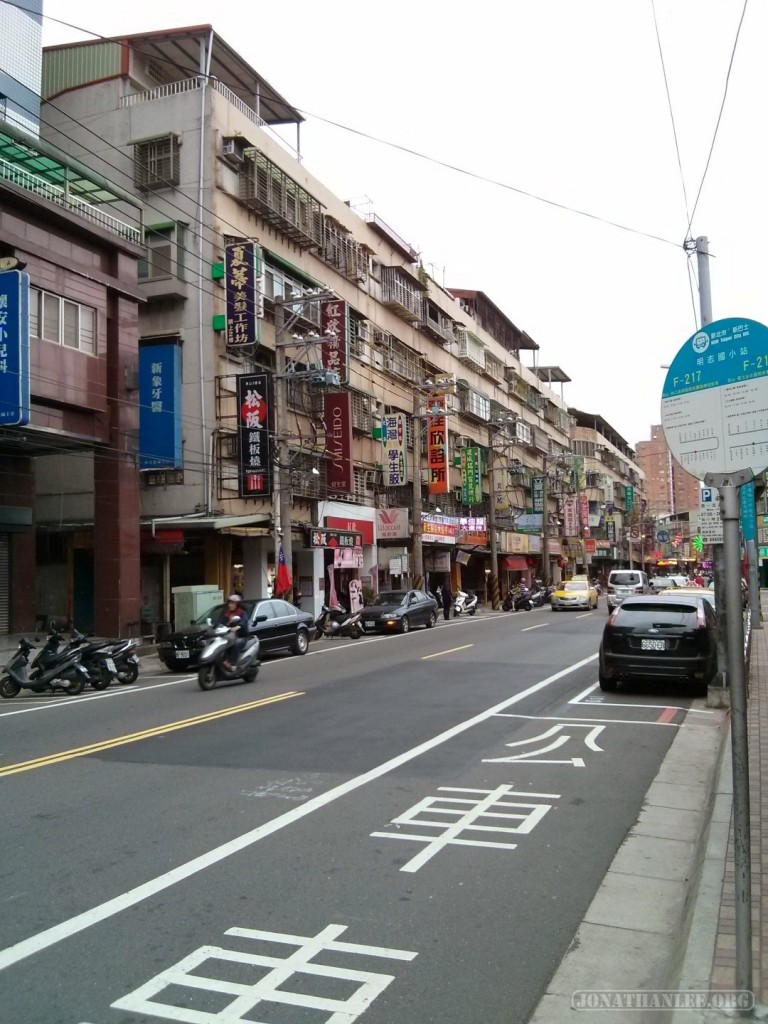 My extended family lives in Taishan, an industrial suburb of Taipei (technically, New Taipei City), and the feel of the city is still the same. Tall multi-story buildings, occupied by multiple families, crowded in a country were land is at a premium, built for utility and not for aesthetics. Steel bars over every window, to protect from typhoons. Steel covers to guard every entrance. Functional, not elegant. At night, when the garbage trucks to come pick up trash, I hear the garbage truck melody (it’s like America’s ice cream truck melody).

And yet, everything is different. My relatives’ homes have been renovated, expanded, with more technology added. There are convenience stores everywhere. Behind my relatives’ home, there used to be a huge paddy, filled with huge lotus-like plants during the off-season. All sorts of rubble laying around, left over from nearby construction. With my cousins, I used to practice throwing rocks into the pond, aiming at the plants. Now, it’s all gone – paved over and turned into a middle school. Every hour on the dot, musical chimes toll out the time. Every afternoon, some guy with no sense of rhythm bangs on drums in the school.

There’s also a weird sense of new-old clash. Taisan, where I live, is a fairly industrial district, and has mostly older buildings. In other, more commercial parts of Taipei, there’s this weird mix of modern skyscrapers and older multi-family units. The older residences, built decades ago, are functional but not elegant, and are fairly small. The new residences are taller, more modern, more elegant, more units. And yet, it’s incredibly difficult to upgrade – since nearly every family owns instead of rents, and each building is occupied by multiple families, it’s an uphill battle for a construction company to buy out the old buildings. You can’t just talk to one apartment owner, you have to get every resident’s agreement. And so, the mix of old and new. 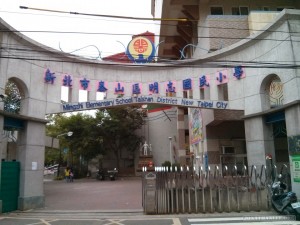 Though I spent almost an entire year in Taiwan in my youth, transferring into an elementary school for 2nd grade, I remember surprisingly little. I remember crying after getting a 17 on my first test – I started behind all the other students, not knowing much Chinese. I remember forgetting to write my name on a test – and then having another student, who had forgotten to write her name, claim my test as her own (different handwriting). I remember standing outside in the morning every day (to the left?), singing the national anthem. I remember accidentally wearing slippers to school one day, and the subsequent corporal punishment (getting smacked in the hands by a ruler). I remember the water faucets.

Although I don’t remember, I’m told that I ended the year as the class president – a far cry from starting out as the class dunce.

Walking around the school, everything seemed older than I remembered. It was an old school even when I was attending, but now it’s even older. 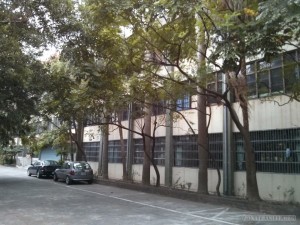 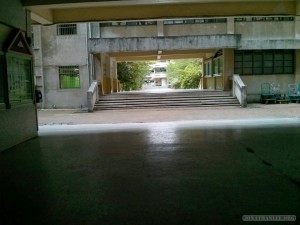 I don’t remember this statue  – of Confucius, of course 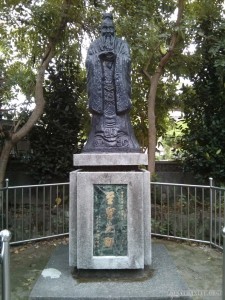 I do remember this outdoor exercise field – I’ve got vague memories of having to line up outside on the exercise field, listening to announcements. 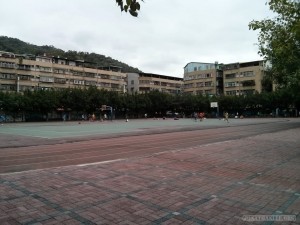 The Food
The food is awesome, and will get its own post later.

One thought on “Reflection: Returning to Taiwan”