Indoor shrimp fishing is an entertainment industry that is unique to Taiwan. It’s a pretty simple business: you’ve got a warehouse in an industrial area, small concrete pools in the warehouse, and these cool special clawed shrimp in the pools. Whenever you’re bored, you can go to one of these businesses, spend NT600 (~$20), and fish for three hours, keeping whatever you catch. 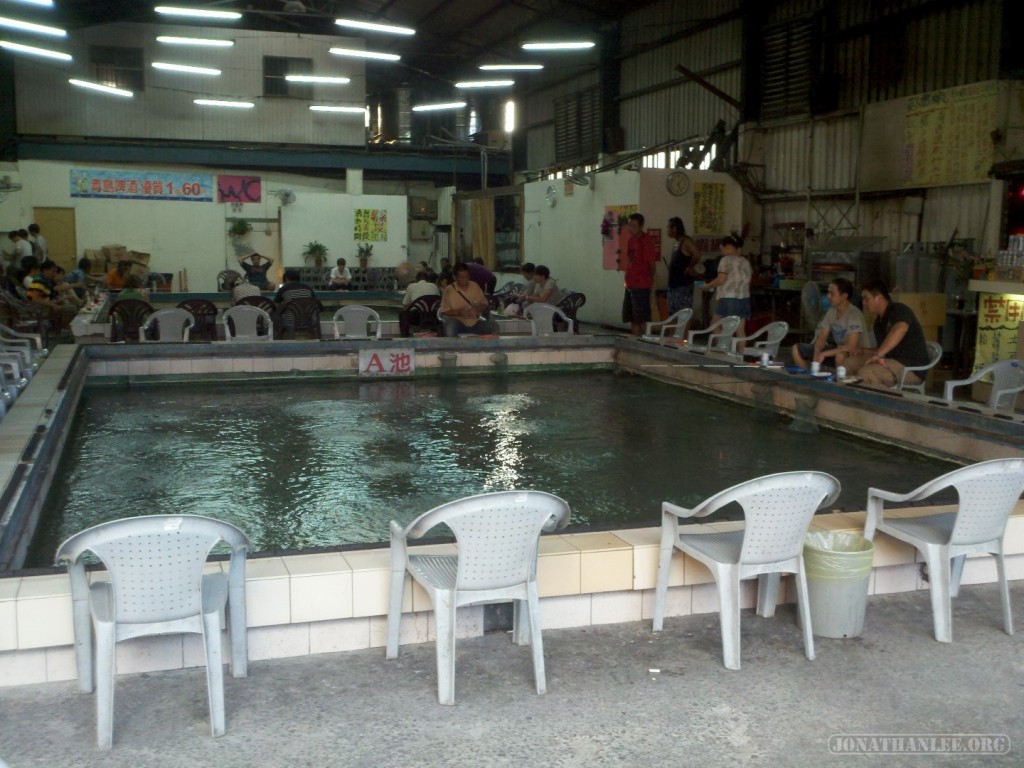 I discovered very quickly that I do not have a hidden talent for shrimp fishing.

The fishing gear used in these shrimp fisheries is extremely basic – a rod (stick), a line tied to the rod (no reel!), a basic fishing float, and two hooks. And the bait? dried shrimp. For any sort of hobbyist fisherman, this setup is almost laughable: do shops even sell gear this basic anymore? But surprisingly, it works. While trying out shrimp fishing, I saw other fisherman pull shrimp after shrimp out of the water, using nothing but raw skill and this gear – not even any special bait. Unfortunately, it turns out skill is a major element of shrimp fishing. My first time, in three hours, I caught a grand total of 7 shrimp. Seven. That’s some very expensive shrimp. And that’s after one of the experienced fishermen saw me struggling and gave me some tips.

Shrimp fishing is simple, and can be summarized in three steps:
1) Measure the depth of the pool (by sticking the pole into the pool, naturally), and adjust the line so the bait floats slightly above the bottom of the pool.
2) Bait the hook, toss into the pool, and slowly move the float around so the bait appears to be moving.
3) Once shrimp take the bait, jerk the pole up quickly so that the hook gets stuck in the shrimp’s mouth, and is caught!

Simple to explain, hard to implement.

Unlike fishing in the sea, since the shrimp only pull the bait gently, you have to keep an eye on the float – you can’t have a beer, sit back, and wait for a tug on the line. Well, not if you want to catch any shrimp. And unlike fly fishing, there isn’t terribly much to do – you just toss in the hook and slowly move the line – too fast and the shrimp ignore it, too slow and the shrimp ignore it. So you have to put in some effort, but not enough effort that it’s interesting.

And of course, once you catch the shrimp (careful, they’ve got these long pinching claws), you can even cook it there on location.  Delicious. 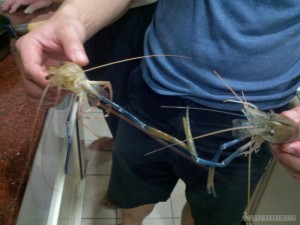 One thought on “Travelogue: Shrimp Fishing in Taiwan”