October 10 (10/10) is National Day in Taiwan, celebrating the birth of the Republic of China in 1911 and the overthrow of the Qing dynasty (end history lesson, that’s about all I know), so I expected a huge celebration. Parades! Fireworks! Festivities! Expecting a grand old time, I took an early morning trip to Taipei, where I discovered that the capital was under martial law: 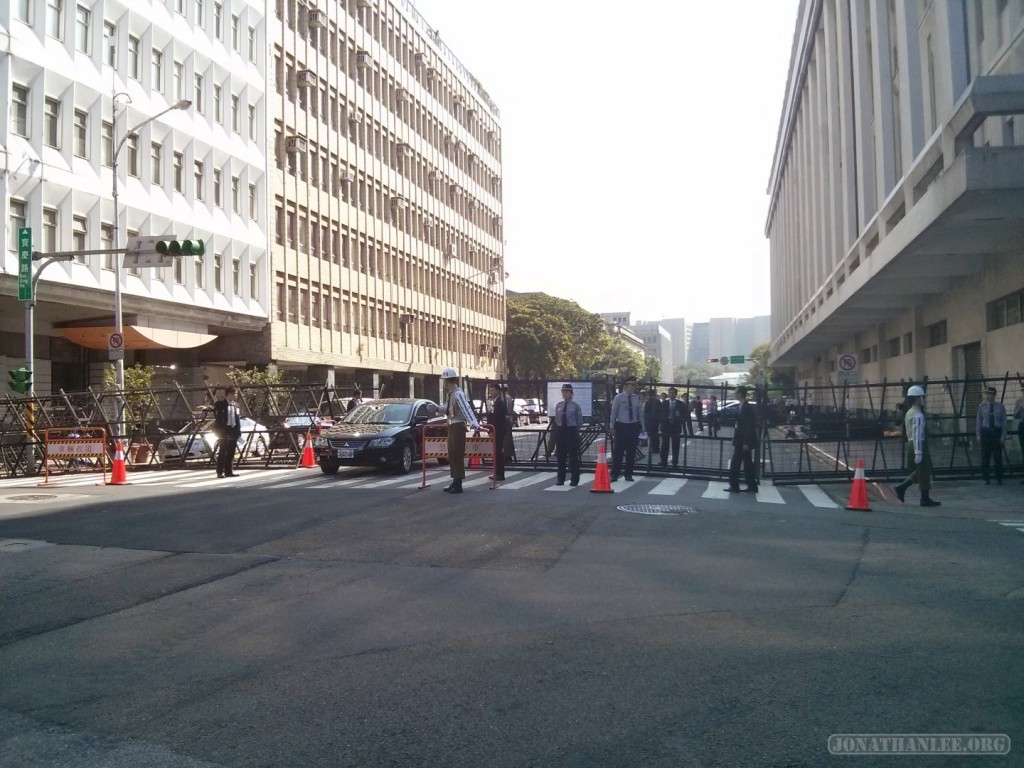 Okay, that’s an exaggeration. The entire city was not under martial law. Only the streets within three blocks of the Presidential Palace were under martial law. First, you had a perimeter of policemen, blocking off all cars but allowing pedestrians: 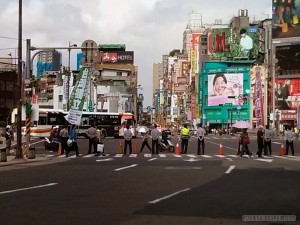 Then, you see policemen on every street corner, on the watch for suspicious activity. Chatting with some of these policemen, it seemed like many of them were police cadets, still undergoing training, but ordered to stand guard as a show of force: 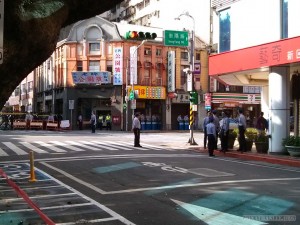 And finally, you’ve got a veritable wall of police and barricades, keeping everyone out out the streets were the parades were taking place. 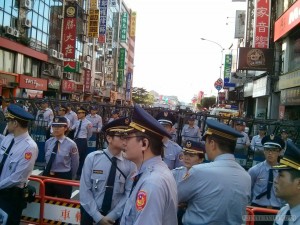 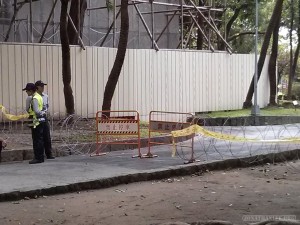 The friggin’ riot police were deployed! 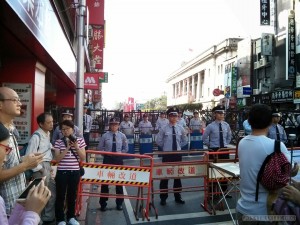 So why was the Presidential Palace under martial law? Apparently, people have been extraordinary unhappy with President Ma for a variety of reasons (ineffective, alleged stooge of China, etc), and have taken to throwing shoes at him at every opportunity. It has gotten serious enough that not only have the police been forced to deploy anti-shoe-throwing-nets at his speeches, but the National Day parade has become invite only. That’s right. A national celebration, and the nation isn’t invited.

Quite a large crowd of people gathered, only to discover to their dismay that they weren’t invited to their own country’s birthday celebration: 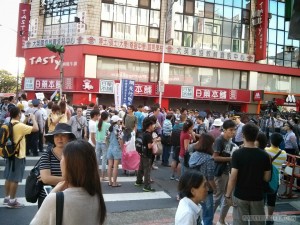 Some protesters took the opportunity to… protest. These folks carried banners and just walked around a main intersection. Classy! 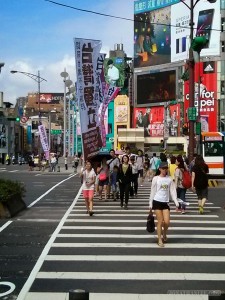 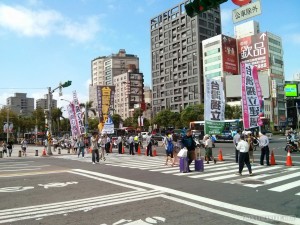 In contrast, this nutjob was yelling and posturing for the TV cameras. When I asked him what he was yelling about, he made some vague references to Tienanmen Square, but couldn’t explain what his protest had to do with an event from 25 years ago, in another country. 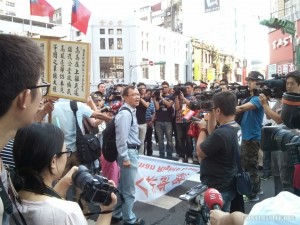 I hear there were a lot of other protests, but I did not witness them. And in the meantime, past the wall of police, a dandy National Day parade was being held, to be seen by invited guests and TV cameras only: 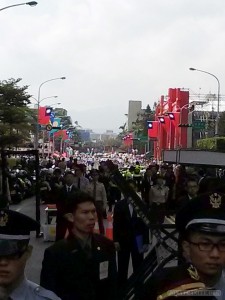 Overall, I found the experience to be disappointing, and rather shameful. Taiwan is supposed to be a democracy, and yet a National Day parade is turned into a semi-sham affair, with the general public blocked from attending a parade, to prevent unsightly protests. Because the president is afraid of people throwing shoes at him.  Somehow, I’m reminded of the Mass Games of North Korea – and that’s just sad, comparing my ancestral home to the hermit kingdom.

On a more positive side of things, as a result of the roadblocks preventing vehicular traffic, you could walk anywhere you damn well pleased, and I took the opportunity to walk in the middle of the road. Because why the hell not? 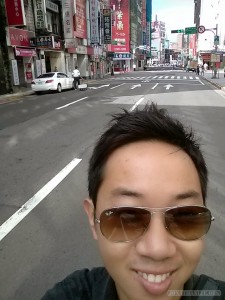 As a former travel mate once commented, I’ve always got to be a rebel.

One thought on “Travelogue: National Day 2013 in Taiwan”