One of the reasons why I stopped in Taiwan, was to attend the wedding of one of my (countless) cousins. I had expected a traditional Chinese wedding (lots of ceremony, lots of relatives, lots of drinking), but it turned out to be a mass wedding! Mass wedding, meaning that 85 couples got married in one giant ceremony. I’ve never seen anything like it. 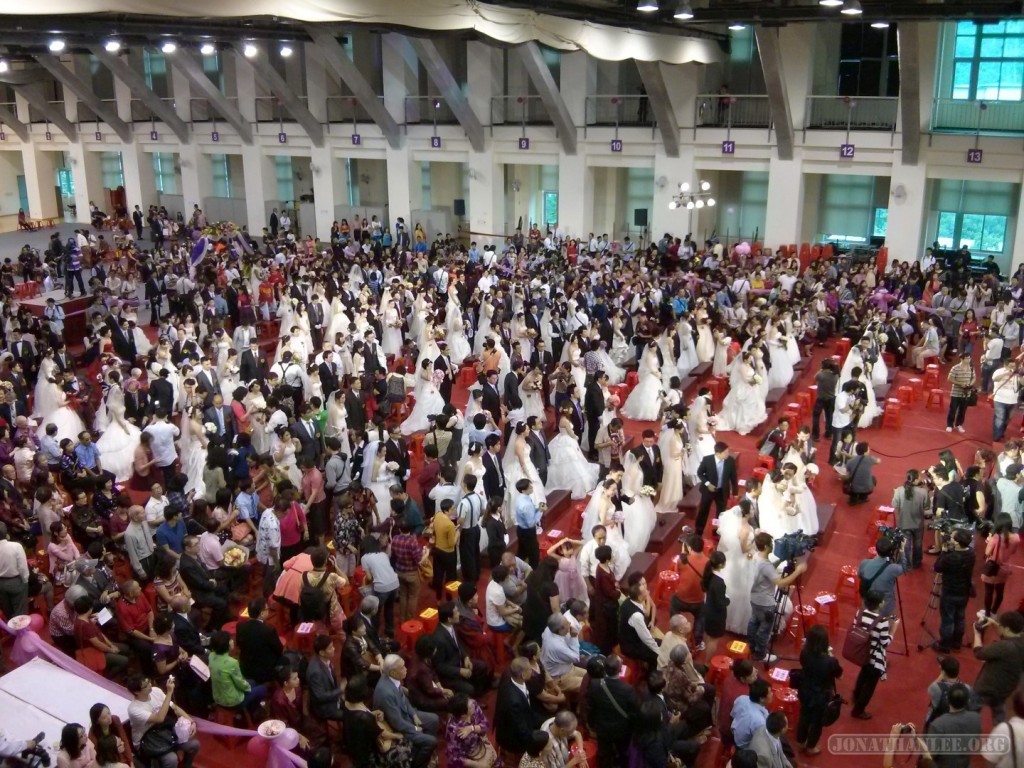 Arriving early for the wedding ceremony, I saw all the couples lined up in the back, getting ready for their special day! I imagine it’s somewhat hard to feel special when sharing your special day with 84 other couples though… 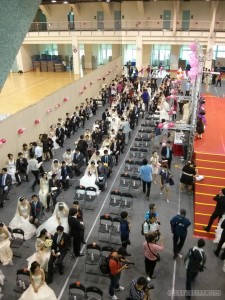 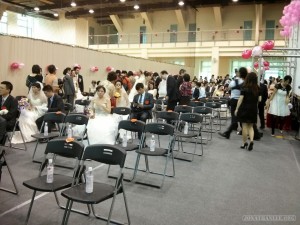 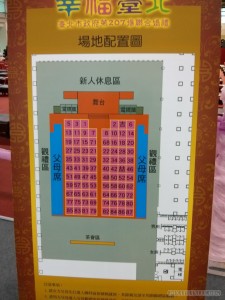 One by one, the couples are called onto the stage and introduced. Some have traditional western wedding dresses, others have more alternative styles: 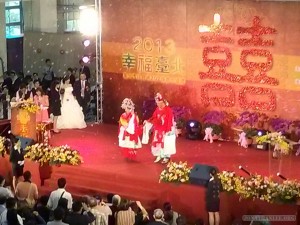 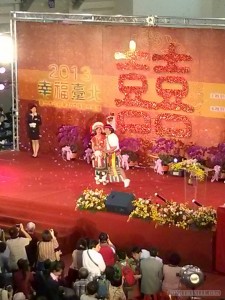 This is my cousin and his bride! 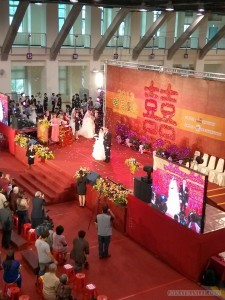 After all the couples have been introduced and seated for the ceremony: 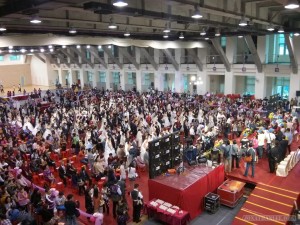 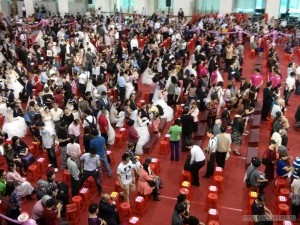 A famous (?) singer is hired to come and sing some love songs for the ceremony: 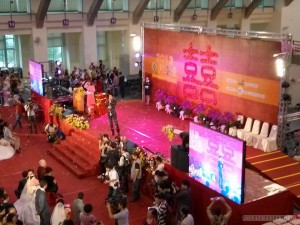 The parents of the groom and bride get involved for the oaths ceremony: 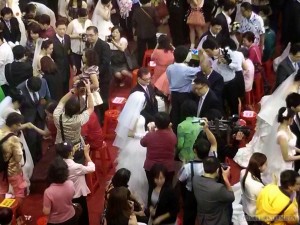 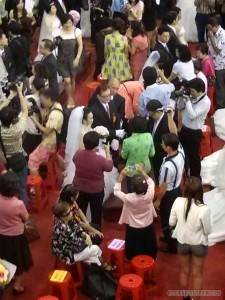 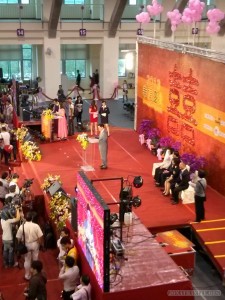 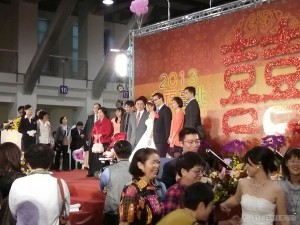 Meanwhile, to the back of the building, all the kids got bored and wandered off to play. I can’t say I blame them. 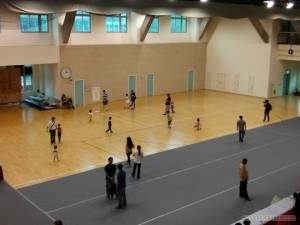 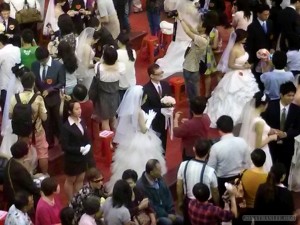 And as the music plays, the MC gets each newly married to kiss for ’60 seconds” (actually two minutes+). If it were me down there, with my freediving training, I could have done three minutes no problem ;-) 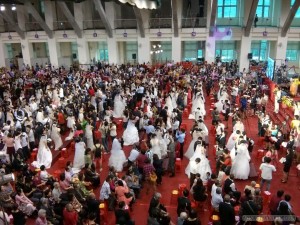 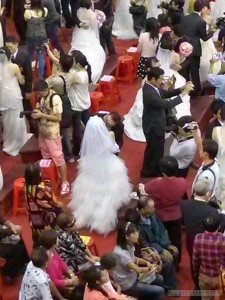 Have a drink with parents: 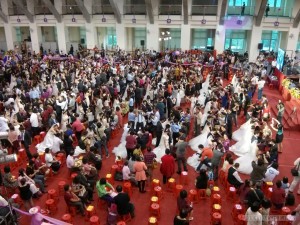 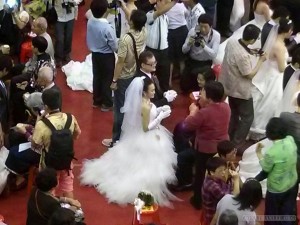 And bam! Confetti to make it all official! 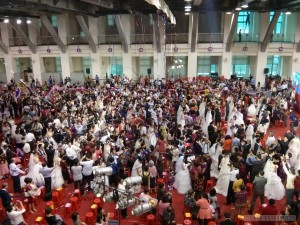 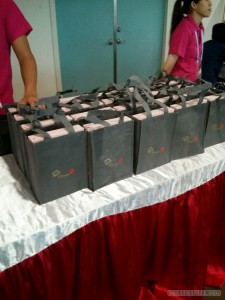 Free strollers for newly married couples, to promote having kids! 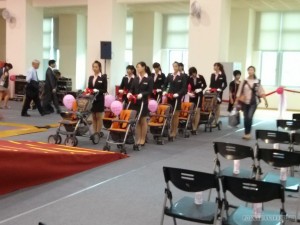 Of course, no Chinese wedding is complete without a banquet. An entire restaurant full of people (200+), and they’re *all* relatives of mine. What the heck, I don’t know any of these people! 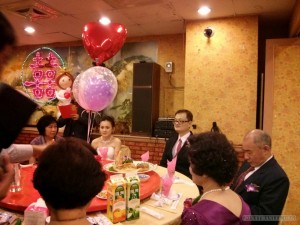 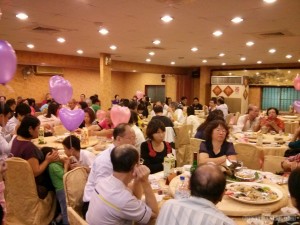 And one last photo of the newly married couple, for good luck! 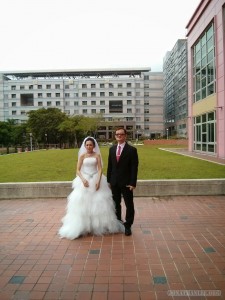