To be honest, there’s not terribly much around Hualien (花蓮)- I found it notable mostly for being the nearest city to Taroko (太魯閣), which has a reputation for being one of the most beautiful places in Taiwan. And it lives up to its reputation:

This is going to be a photo-heavy and text-light post.

My first night in Hualien, I made a couple of new friends, and we went off to explore Taroko together!

Since we wanted to see all of Taroko in a single day, this meant waking up at 6am to catch the first bus. And standing on the bus for an hour, all the way to Taroko , since the bus is overbooked. Yuck.  But anyways, once we got to Taroko Gorge, we took the bus all the way to the last stop, then worked our away back to the entrance. The bus doesn’t go all the way into the gorge (you need a private car or motorcycle to see everything), but it stops at a lot of scenic spots and hiking trails.

It’s also got Xiangde temple (祥德寺), which you can climb for some great views:

From Lushui, my friends and I went on a hiking trip of sorts:

Great view from the hike:

Though most of the trails of Hualien are off-limits, and require a special permit to enter. 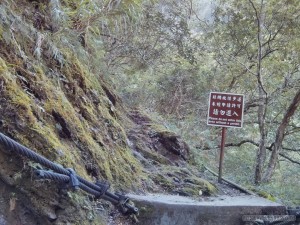 Jiuqudong (九曲洞 – tunnel of nine turns): great views, but when I visited, the trail was closed due to falling rocks.

I didn’t see any swallows, but there was an Indian head rock: 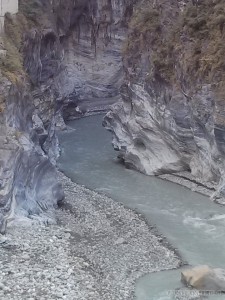 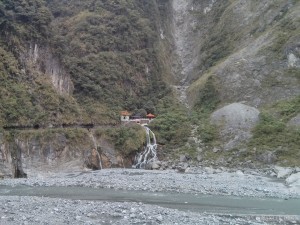 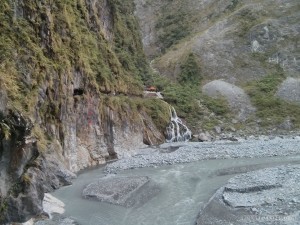 Fun fact: Taroko National Park is the home of the Taroko / Truku (太魯閣) indigenous tribe of Taiwan, as shown by the Taroko visitor center: 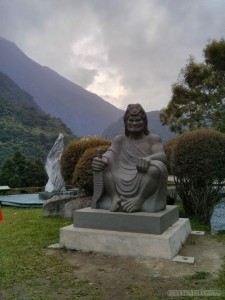 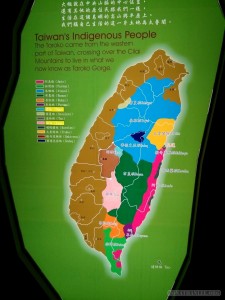 Back in Hualien, my new friends and I visited the coast of Hualien:

And had some amazing hotpot: 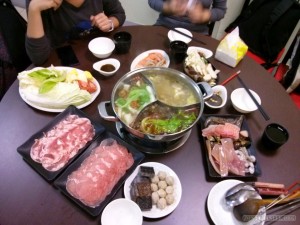 Then, we rented bikes and traveled north along the eastern coast of Taiwan, towards the mouth of Taroko National Park.  The waves along the coast were huge.

It was a really nice biking path, with great views, including one of an old bunker!

The wind was also huge.  Check out how bent this tree is: 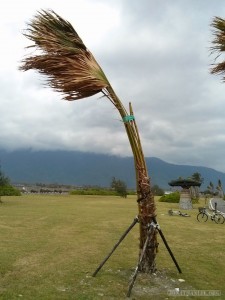 Near the mouth of Taroko gorge, we chanced upon a village nestled in the valley, with beautiful views:

There was a lot of karaoke going o in this tiny pub, from the local indigenous folks (they were a very happy and carefree bunch, already drunk and singing at noon). 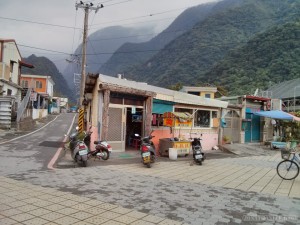 I have no idea what this sign is saying: 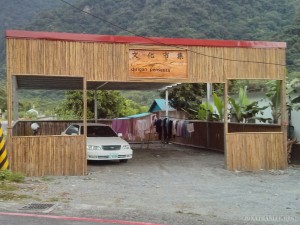 And finally, the mouth of Taroko National park, where the river empties into the ocean: 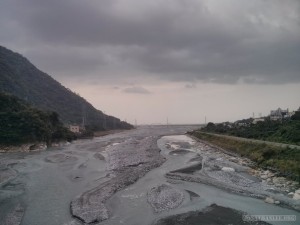 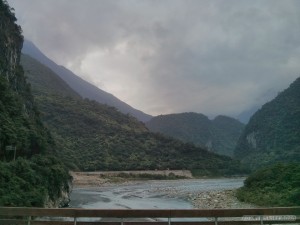