While visiting Pang Mapha and staying at the Cave Lodge, I decided to go on a  caving / spelunking expedition!  I’ve never done any caving before (well, once, but it was such a shallow cave, it shouldn’t even count). 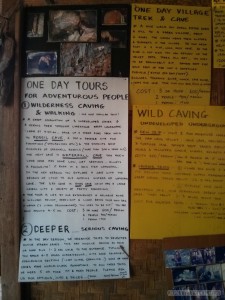 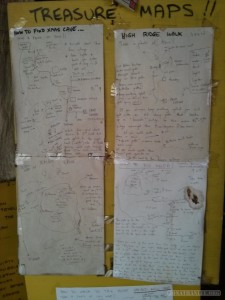 The Cave Lodge was originally founded to support spelunkers exploring the area, and now continues to do some pretty awesome tours, for fairly cheap – $20 for an all-day trip?  Sign me up!

We went to three caves – the ‘fossil’ cave, the ‘waterfall’ cave, and the ‘Christmas’ cave.

To get to the caves though, we had to hike!  It’s a good thing we had a guide; I had no idea where anything was, treasure map notwithstanding, so I simply followed the guide.  It was a pretty good hike.

The scenery was quite nice! 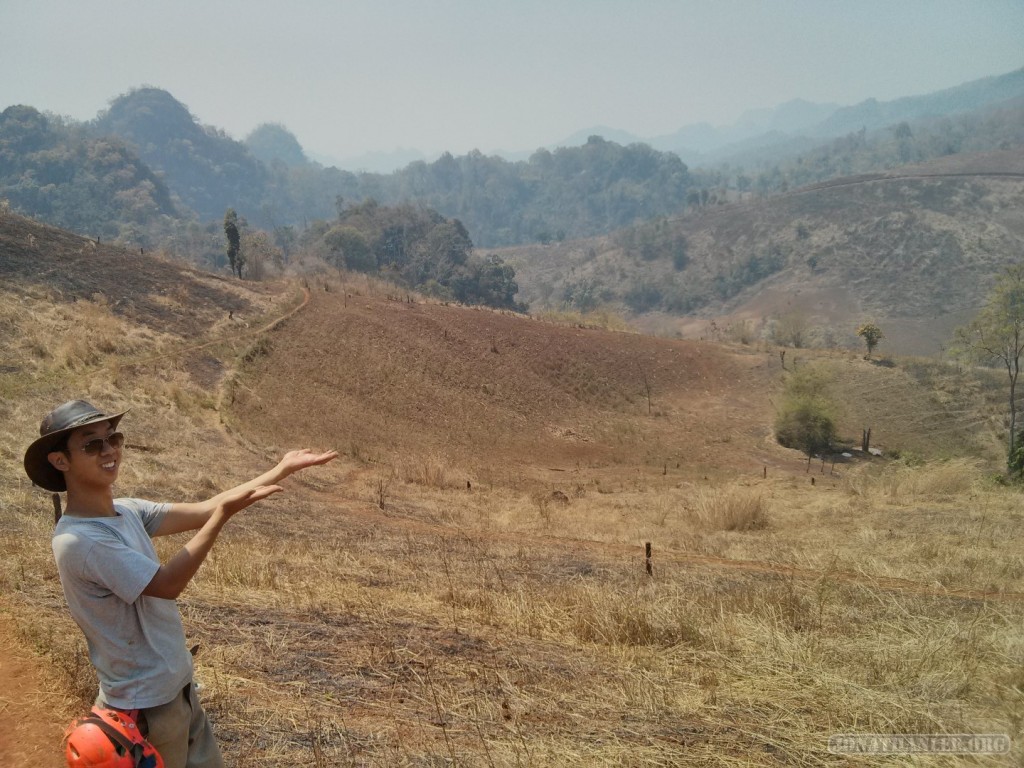 While hiking around, I found myself a curling fern, and, had way too much fun poking at it. 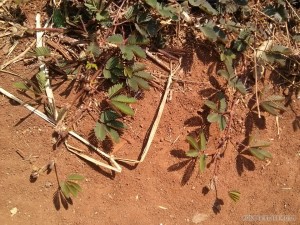 But now, the caves!  First up is the fossil cave.  It’s a cool combination of rock climbing, crawling, and standing around gawking at the beauty of the cave. 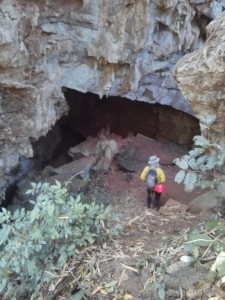 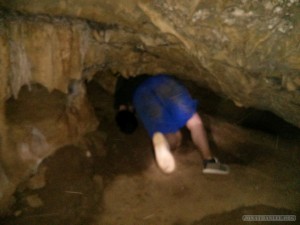 It’s got a lot of rock formations: 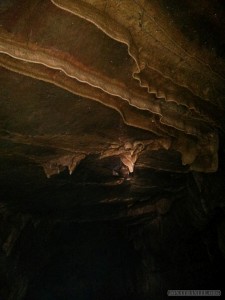 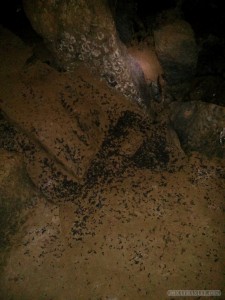 This centipede and these spiders almost scared the crap out of me, when I almost accidentally put my hand on them: 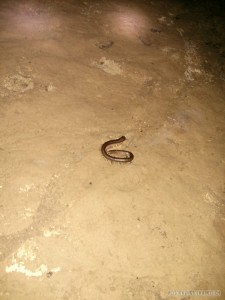 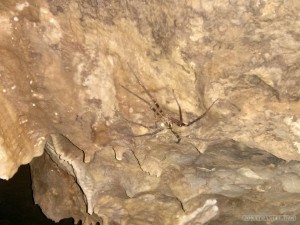 I’m not a fan of the creepy crawlies, but the fossil cave is an excellent introduction to spelunking! 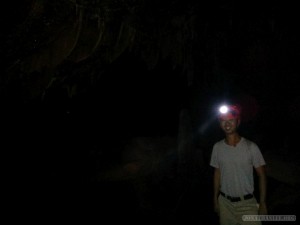 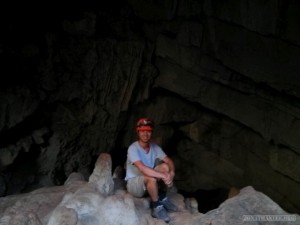 Next up is a waterfall cave – a cave only half a meter high, half submerged in water.  Due to fear of water damage, I could not bring in my camera, but this was easily the best cave of my trip.  Early on you can sort of shuffle in, bent half way over, but as the ceiling height starts to fall and water levels start to rise, you’re forced to crawl in on your hands and knees, or lie on your back and pull yourself along. 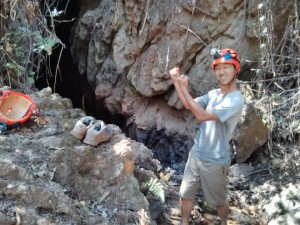 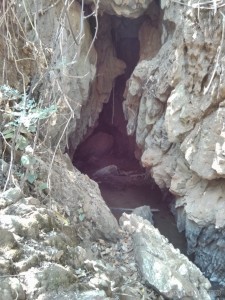 The spelunkable portion of the cave is quite small though – after a while, the water in the cave ends up at a waterfall, dropping down at least 20 meters.  Lacking any sort of rope or climbing gear, there was no way we were going down – apparently, somebody has fallen down to their death before!  By the time I came back out from this cave, I was completely soaked through – just in time for lunch and drying off in the sun.

Finally, there was the Christmas cave – called so because it was discovered on Christmas day.  Quite creative, eh?  A rather large crevice in the earth, it is mainly accessible by ladder.

This one in particular is extremely phallic looking: 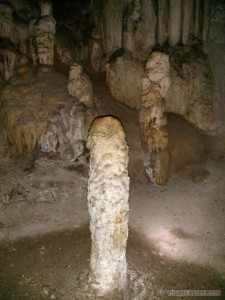 Most people, when visiting Pang Mapha, only visit Lod Cave – it’s a very nice huge cave, with lots of archaeological implications, but it’s not really a spelunking cave.  Nonetheless, I went to take a look.  Check out how huge the entrance is! 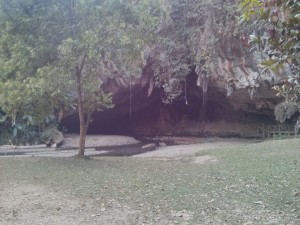 From the entrance, we took a bamboo raft inside: 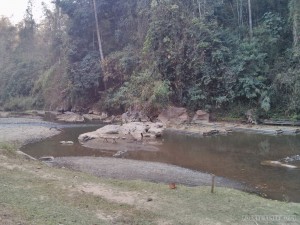 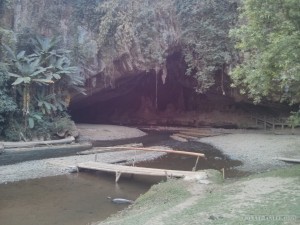 It’s an experience, riding into the darkness: 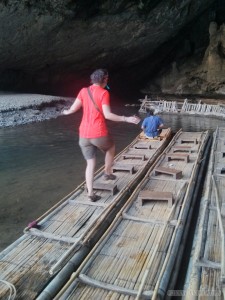 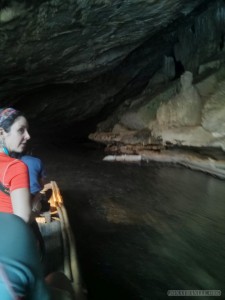 Most of the cave is rather unimpressive, especially after going spelunking earlier.  It’s a cave, I’m not surprised.  Some of these rocks are called helictite / rimstone.

What’s cool (in an archaeological way) is these wooden coffins found deep within the cave, dating back centuries!  The caves are rather inaccessible too, so people aren’t sure how they were carried in: 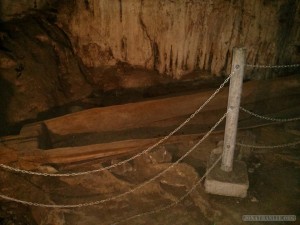 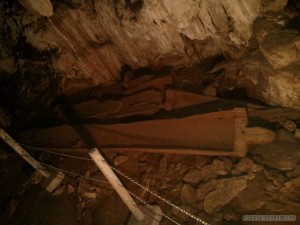 There used to be a cave drawing here – but then it was accidentally erased by a kid tasked with cleaning up the cave and erasing graffiti. 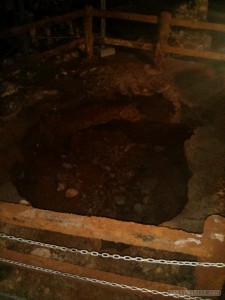 Deep within the cave, we had to rely on a gas lantern for light – making for a very nice photo. 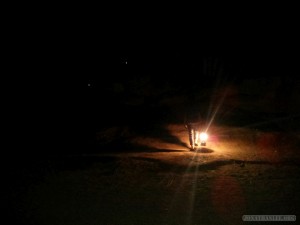 And finally, after some time exploring the cave, our boat makes it back out into the open. 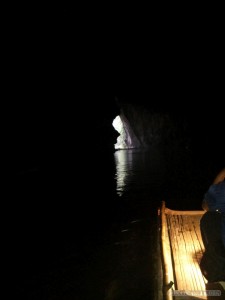 From the exit, you can sit and watch the bats fly out at dusk, just as sparrows fly back in having finished their hunting for the day. 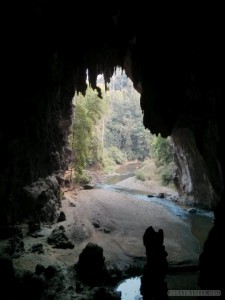