For my first stop in Malaysia, I stayed for some time in Georgetown, the capital of Penang. As the northwestern-most state of Malaysia, Georgetown is right next to Thailand, and quite accessible once I left Thailand. As a UNESCO world heritage city, Georgetown has a lot of history! 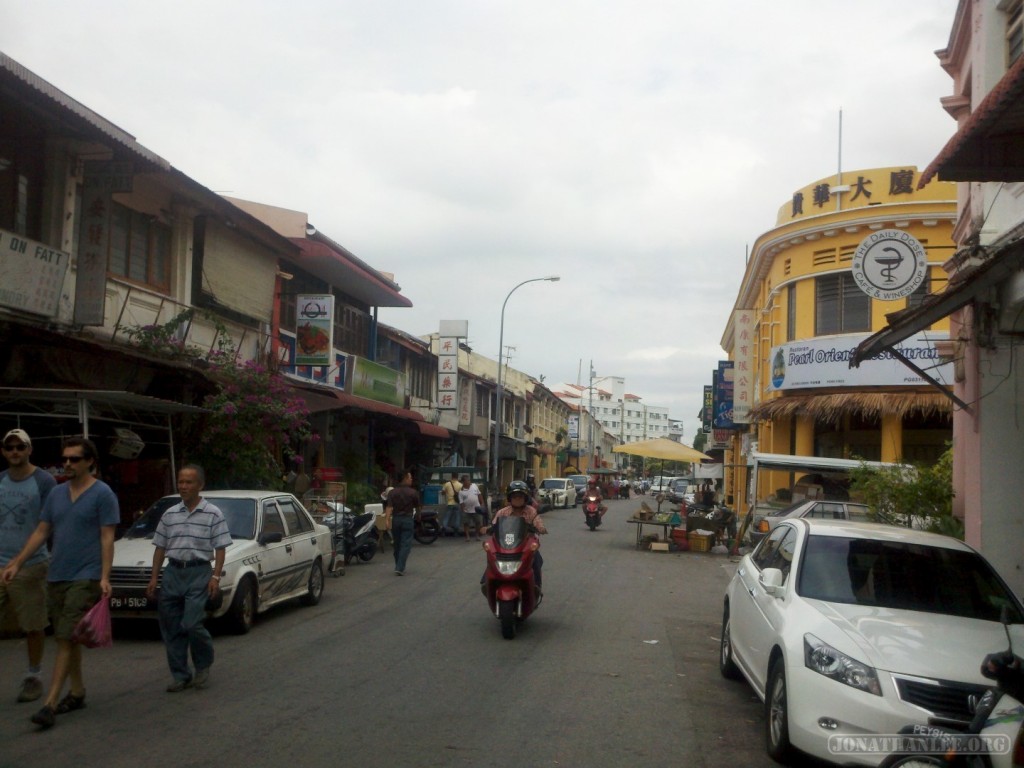 But the real reason why I stayed more than a day in Penang, is that it is the hawker food capital of Malaysia! While staying at an amazing guesthouse near Chinatown, I discovered this huge hawker center near the guesthouse, and resolved to stay until I had eaten every single food at the hawker center.

I stayed here for an entire week.  When you can get two or three delicious dishes for about $3 USD, it’s hard to walk away.

As an UNESCO world heritage city, Georgetown has a lot of history, such as: 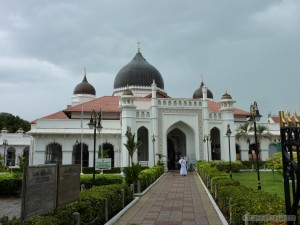 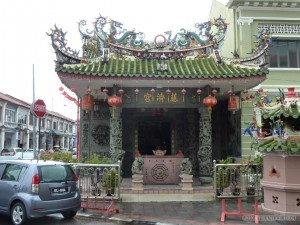 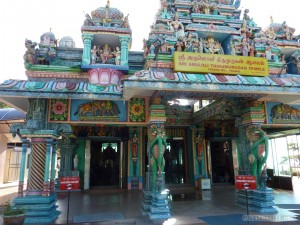 I think that covers all the major religions?  There was also a Christian church, but I didn’t bother to visit.  I just really liked how you got all of the world’s major religions with major followings here in Georgetown, cooexisting peacefully.

The Georgetown Museum – not very well curated, but having some cool tidbits, such as this traditional housefront: 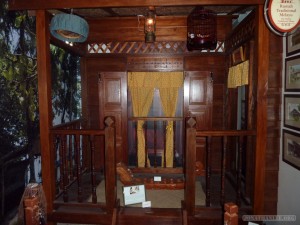 These cool history displays.  Apparently, Japanese camera shops were once suspected of being spy centers during the WWII era! 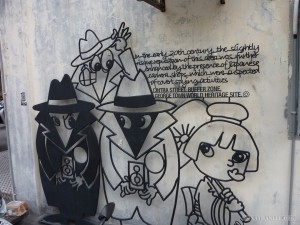 Georgetown also has this interesting architecture – there’s this public recession on the first floor of each building, allowing pedestrians to remain dry during downpours. Given that I visited during the rainy season, this was very much appreciated. 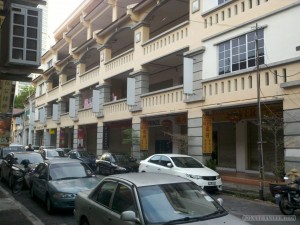 Georgetown also has the very-touristy Penang Hill – a cable car takes you to the top of a hill, where you can get amazing sights. 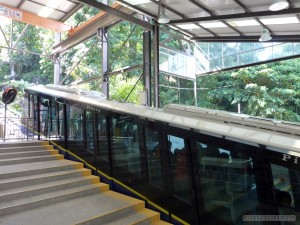 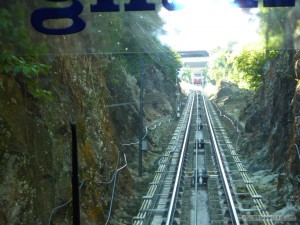 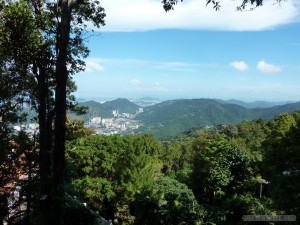 The top of the hill had a tourist trap: the Owl Museum, which I fell for – instead of having actual owls, it had owl art.  Some of the art was pretty good though! 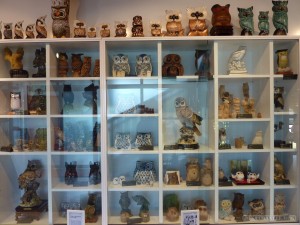 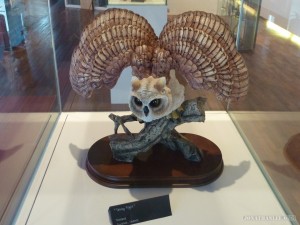 I still felt very silly, falling for this tourist trap – before going in, I strongly suspected it was a tourist trap… but owls!  I couldn’t risk it not being a tourist trap.

I made this mistake of walking down the mountain (2 hours) – with 20 degree inclines, my ankles were killing me by the end! I did see a whole bunch of monkeys though! 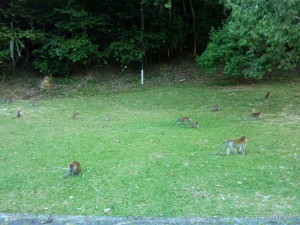 And finally, food! I have no idea what half of these dishes are – I would stroll up to an interesting looking hawker food cart, start talking in half English half broken Chinese, and eventually I would get some kind of food.

Some sort of Indian snack, from Little India (it was really small, about 3 blocks): 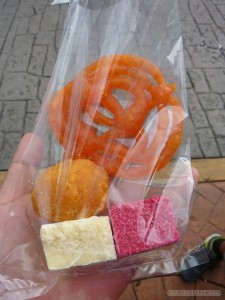 The remains of a sea coconut. Instead of having a milk-filled center, sea coconuts are orange-like, having fruity flesh surrounded by inedible packing: 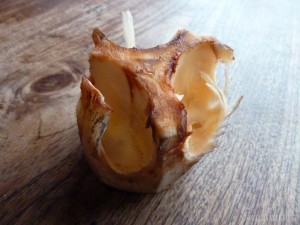 Chrysanthemum tea, in a bag! At 50 cents per bag, I had at least three of these per day: 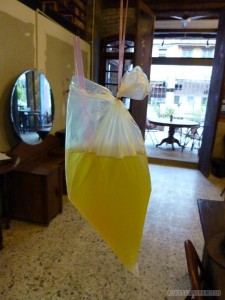 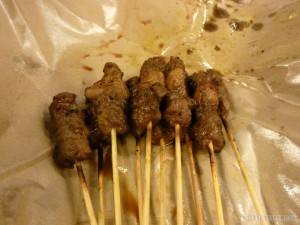 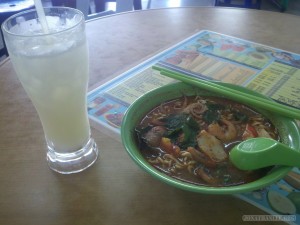 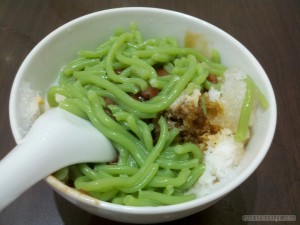 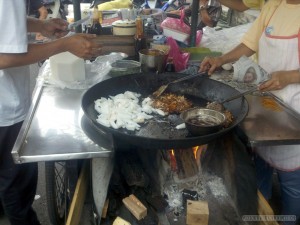 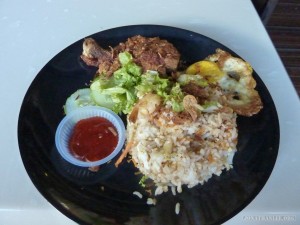 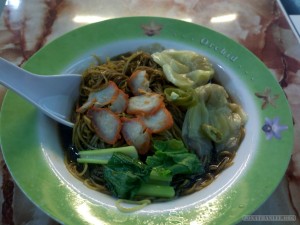 Bits and bobs:
A really cool guesthouse I stayed at, converted from a cafe & museum: 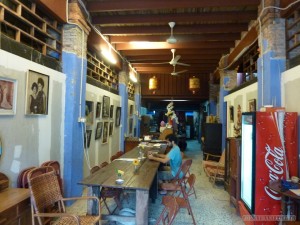 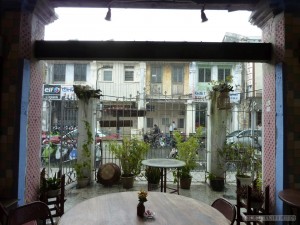 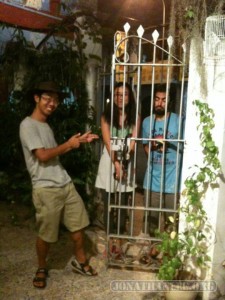 Which is bigger, this bao or my face? 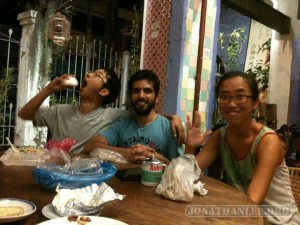 Interestingly, here I learned that I am a mosquito magnet – sitting in the guesthouse with my friends, I would be the only person to get mosquito bites.  Coming back from adventures around the city, I would be warmly welcomed back, since mosquitoes would not bother anyone else while I’m present. 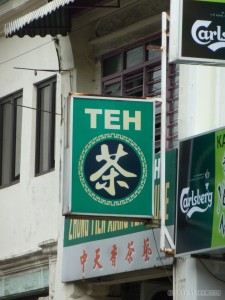 After finishing eating my way through this city, I traveled to the Perhentian Islands of Malaysia!

One thought on “Travelogue: Penang”