Getting from Myanmar to the Philippines, I had a long, long trip.  First, as mentioned earlier, I took a night bus from Mandalay to Yangon.  A very nice bus, to be sure, but still a bus, and so I didn’t get much sleep.  Next, upon arriving in Yangon (at a bus stop in the middle of nowhere), I sat around for half the day waiting for my flight out – though I did rent a bike and take a while around for a bit first.

Getting to the airport to fly out, I’m not surprised by how shabby and low tech the building looks.  What does surprise me, is how tight security is.  I thought the TSA was bad enough, but the security team at Yangon seems to think that the terrorists have it out for Myanmar.

What I really didn’t expect, is for the power to go off – for half an hour! 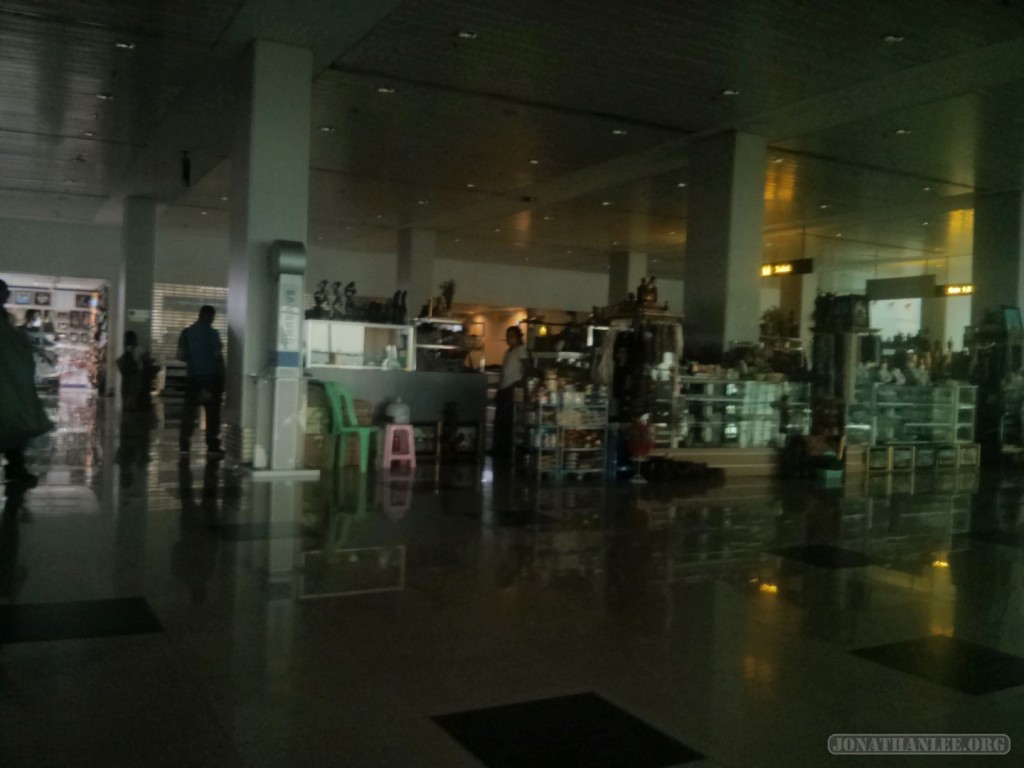 I’m not an expert here, but an airport seems pretty high on the list of buildings you would never want to lose power, along with hospitals and the like.  I really hope there is a backup generator for the control tower, or the control tower is on its own dedicated power line.  But in the meantime, I had a (very expensive) sandwich while waiting for my flight: 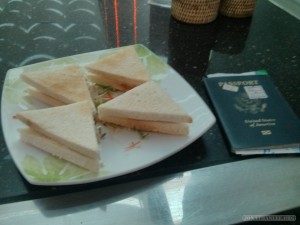 From Myanmar, I flew to Singapore, where I had an overnight stay before my flight to the Philippines the next day.  And wow, the Changi Airport is very nice.  Free internet!  Grandiose displays of art!  Things to actually do at the airport!  After half a month of barely any internet in Myanmar, I could finally back up my photos!

Changi also has these lounges with reclined chairs where you can sleep, but they were unfortunately all taken by the time I was ready to settle down for the night.  So I slept on the floor.  Two days in a row of not sleeping on a proper bed.