After having my fill of diving with the whale sharks at Oslob, I took a bus around the southern tip of Cebu island, to Moalboal, on the Western coast of Cebu island.  Before coming to the Philippines, I had never even heard of Moalboal.  While visiting Tops in Cebu City, I started talking with a random local Filipino while waiting to get dinner, and he mentioned that Moalboal has the best sunsets of Cebu, even better than those of Tops. 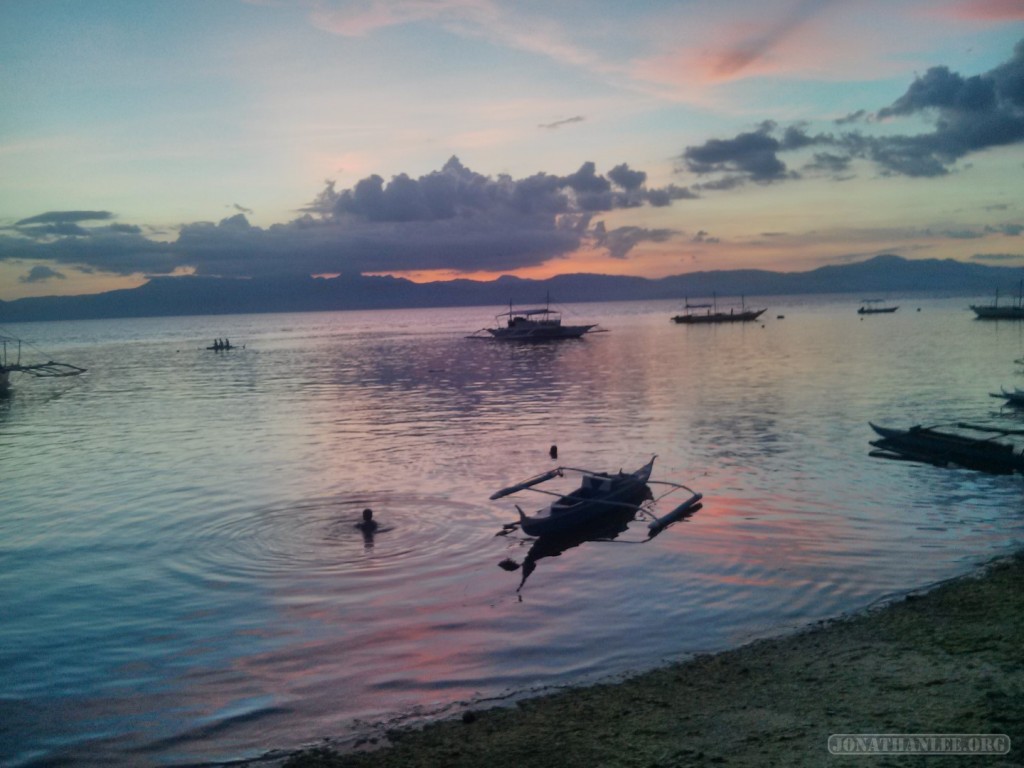 Doing some research, I found that Moalboal also has some great scuba diving, and so decided to pay it a visit for a day or two.  But upon arriving and discovering the tranquility, the Fiesta, the scuba diving, I ended up staying here for an entire week, longer than anywhere else in the Philippines. 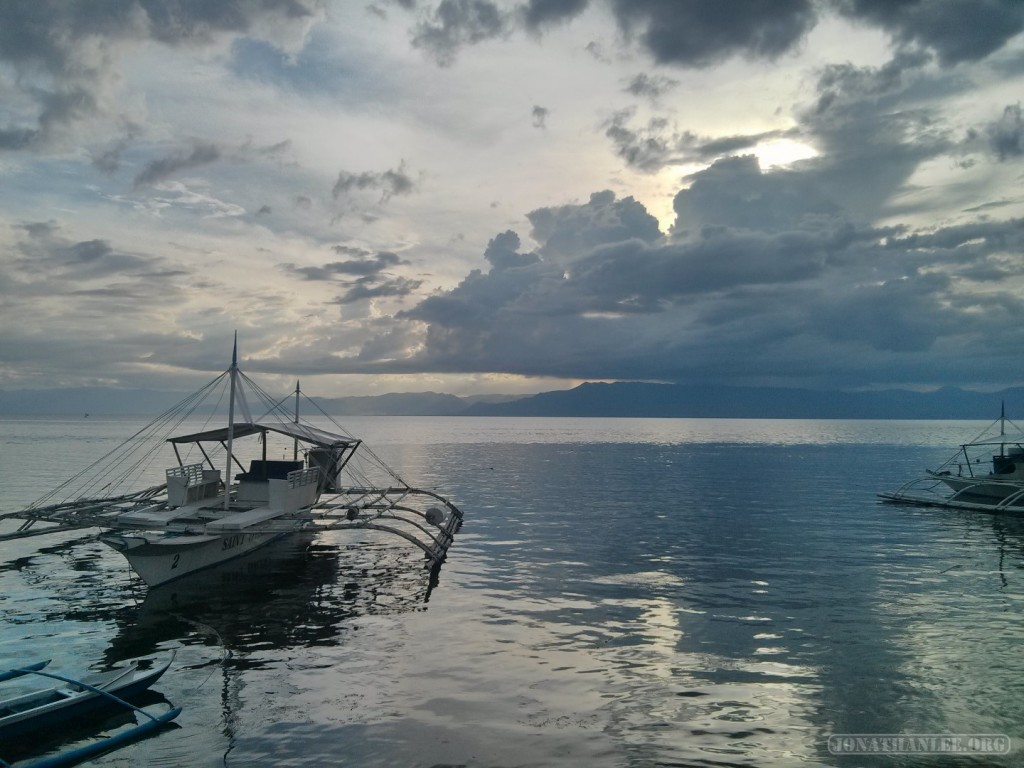 My trip from Oslob to Moalboal makes for a great story.  From Oslob, I boarded a bus to Bato, the southernmost tip of Cebu island, then took another bus up towards Moalboal.  And it goes pretty well.  But then, I start feeling it.  That sensation, when you know you’ve got to go, and it’s not going to be either completely liquid, or completely solid.  That feeling, when you know you’ve eaten something bad, and your body is complaining.  And it’s about to eject the offending material out of your rear end.

How much longer is it to Moalboal, I ask?  Half an hour.  Okay, I can do this.  Breathe in, breathe out, keep calm.  Five minutes past.  No, I can’t do this.  I’m not going to last that long, and I’m not making a mess on the bus.  That looks like a building on the right!  I grab my backpack, zoom up towards the bus driver, and start gesticulating about stopping and using the bathroom.

The bus driver thankfully understands, and stops the bus.  I jump off, yelling at the nearest guy standing around, where is the bathroom?  He points at a building, and I make the 100 meter dash carrying a full backpack in under 5 seconds. I dump my backpack outside the building, jump in, do the gotta-get-my-belt-off-hop-dance, and finally, finally get relief.

After a good 5 minutes I’m finally feeling better, and so I clean up, compose myself, and gather my stuff.  I fully expected the bus driver to have left without me, but he kindly waited on me instead, perhaps understanding my problems.  And as I got back on the bus, everyone is smiling at me knowingly.  When traveling, these things happen. 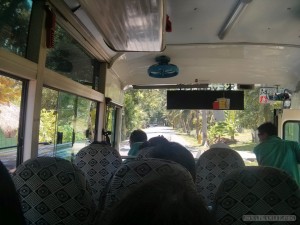 Moalboal is a large town, but there’s not terribly much going on there other than the usual suspects – a market, a church, etc. 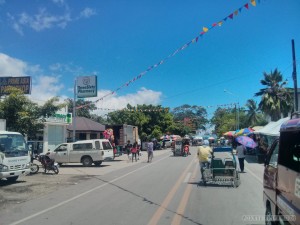 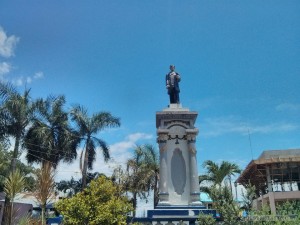 So most of the tourists stay a bit away, on Panagsama beach, home to all the hotels, dive shops, and tourist restaurants.  Restaurants that serve western-style food for five times as much as in town, of course.  But I found a nice cheap hostel at Panagsama (I don’t think Moalboal town even has a hotel), so I used it as a base to explore the region!  And while there isn’t much of a beach at Panagsama, it does have some great views. 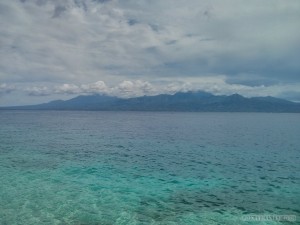 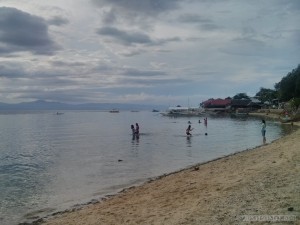 Scuba diving is one of the main reasons people come to Moalboal, and I went a very economically-priced dive shop named Cebu Divers, for some amazing diving. 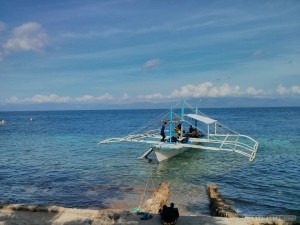 What’s really special about Moalboal though, are the shoals of sardines, right off the coast – you can go out with just a mask and snorkel, without a need for other scuba gear.  It looks like this (image courtesey of Thomas P. Peschak)

Freediving down to the shoal, it almost seems like there are no individual fishes, but instead this gigantic hive mind.  If I reach out towards any part of the swarm, the entire thing bolts away from me as one.  Just floating around and watching the fishes is an entrancing experience.

And I can see how it can all be very confusing to predators such as sharks.  But I’m pretty impressive that there weren’t any fisherman around, catching an entire year’s worth of sardines with a single cast of the net.

Other than diving, the other thing to do at Panagsama beach is to admire the sunset.  It’s one of the best I have ever seen.  Pity about the clouds.  I’m told that on a great day, you can see the sun setting over the mountains in the distance, making it look like the fires of Mount Mordor.

As per usual, I rented a bicycle from Panagsama beach, and used it to explore the Moalboal region.  There aren’t any real trails, but it seems like a great place to mountain bike.

Near Moalboal, a bike ride (or tuk-tuk or motorcycle ride) away, is White Beach, a really nice white beach popular with beachgoers (mostly locals).  Panagsama beach has a great view, but there’s not much actual sand beach – the entire waterfront is taken up by hotels and dive shops, jutting out onto the water.  In contrast, White Beach is nothing but beach – a couple barbecue shops, a lot of picnic tables and sheltered lunch huts for families to bring their food, and this vast expanse of white sand, meeting up with crystal waters, all under a brilliant blue sky.  It was pretty nice.

While strolling around the beach, I found myself a small hermit crab!  They’re kind of fun.  When you touch them, they immediately retreat back into their shell, presumably hiding from predators.  But if you pick them up, they immediately stick out their legs and wave them all over, giving off a really strong creepy crawly feel, causing you (me) to drop them back onto the sand.  I ended up giving this hermit crab to a small boy who seemed amused by my antics. 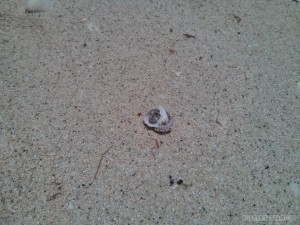 Also near Moalboal are the Kawasan Waterfalls – accessible by bus or tuktuk.  As waterfalls, there’s nothing particularly special about them, but it’s a nice place to go chill for a couple of hours, swim for a bit, and enjoy the scenery.

I’ve heard something you can do is, hire some local guys to take you to the top of the mountain, then rappel and waterfall jump your way down.  Instead, I opted to go up from the bottom, rock climbing up the waterfalls, and then jumping back down.  And while it was an okay experience, the scummy tour guide totally oversold the trip – I was told it would be a full trip up the mountain and back down, but it ended up being just a halfway trip.  Yuck.  This is why I hate tours and the touts who oversell them.

Before I came to Moalboal, I had not know about fiestas.  What are fiestas?  It’s this major part of Filipino culture, where every year, every city and barangay (district) has one of its own.  It’s a cultural celebration, it’s a party, it’s a huge market.  Once I learned that Moalboal would be having its own fiesta in a couple of days, I resolved to stay for a while, and check it out!  I was not disappointed. 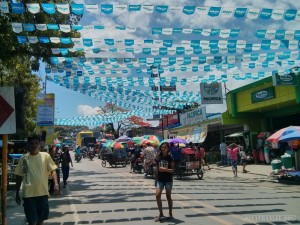 Moalboal already has a pretty big local market, but with the fiesta, there was an influx of merchants coming in, selling all sorts of goods.  It’s odd reassuring, knowing the same knickknacks and trinkets are sold the world over.

For the fiesta at Moalboal, the main thing to see were these performances by different school groups, competing to see who could best show off the culture and history of Moalboal, the best dance routines, the best costumes.   It was good enough that I stood for several hours in the scorching heat, with no shade, waiting for and watching the performances. 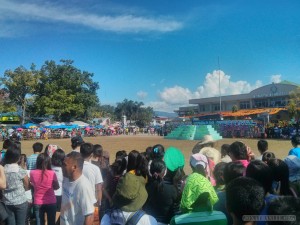 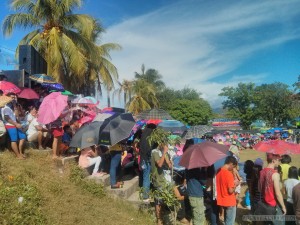 But anyways, each competing team had two submissions.  First, they had a parade down the main street – even when it started raining. 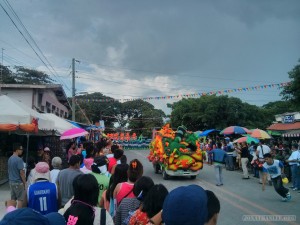 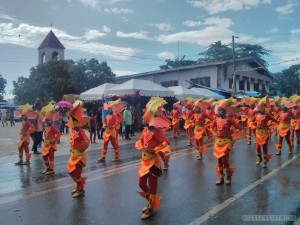 Second, a synchronized dance performance on the main stage!  I was actually quite impressed by the dance performances, especially from the younger elementary school aged kids – they must have practice for a good number of months!  Scuba diving, fish, and aquatic life figured quite prominently into the performances.

And at the end, all the teams got onto the stage – where, accompanied by the contestants of a Miss Moalboal contest that I ignored, they danced one last time to The Song that I Now Hate With a Passion.

And I don’t know if this was connected to the festival or not, but it seemed like Moalboal also had a nightly event, where everyone gathered at the wharf to gamble, always on games of chance.  A wheel would be spun, a die would be cast, and if you guessed the winning square correctly, you would be a winner!  However, statistics would not be in your favor.  Still, given the size of the bets (around 25 cents), it seems like more a place to just go and pass the time.

It also had this super rickety and dangerous looking Ferris wheel.  This is not something I would ever ride. 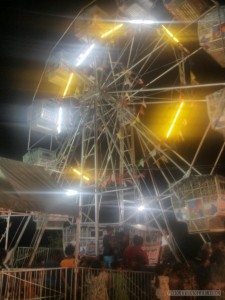 If you got to the pier right as the sun was about to set, you were also treated to some pretty amazing sunset views.

Since Moalboal had some pretty good food, I tried to eat here whenever possible, instead of at Panagsama beach – cornsilog and economy rice (cut rice, fried eggplant with egg, and vetegables) shown below: 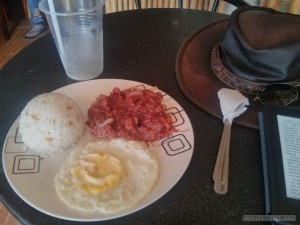 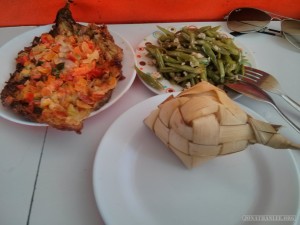 Also, there was this thing – Halo Halo.  It’s this amazing ice cream, shaved ice, condensed milk, and a whole assortment of toppings.  I had the BEST halo halo hereof all of the Philippines. 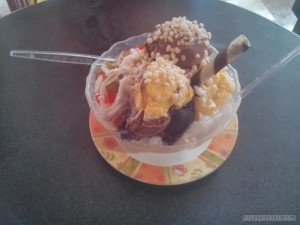 I’ve never seen a cockfight before, and it’s not something that I would normally be interested in.  While biking around Moalboal, however, I stumbled across a large stadium-looking building, a sign saying ‘Moalboal Tourism Stadium’, and a whole bunch of Filipino men meandering about. 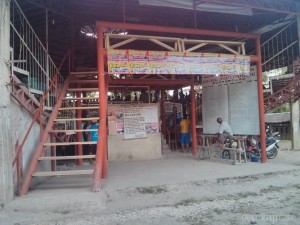 Curious, I ventured in to take a look, and discovered that it was a cockfighting stadium!  Here in the west, we hear a lot about how cockfights are evil and ethically bankrupt activities, but it’s actually quite interesting to watch!  First, the two owners pick up their respective roosters, and stick them in the other rooster’s face.  This presumably riles up the roosters, making them aggressive and provoking them to fight.  The roosters are then set on the ground, released, and allowed to duke it out.  And so they jump on each other, peck at each other, and try to assert themselves as alpha rooster.

Once one rooster gives up and cowers in the dirt as another rooster jumps on him, the fight is stopped, the roosters are given a couple seconds break, stuck into each other’s faces again to peak their aggression, and next round starts!  Up until one rooster refuses to fight anymore and just cowers, and the other is crowned the winner.

It started to make a lot more sense, how walking around Moalboal, I would occasionally see a guy tenderly taking care of his rooster – preparing them for the cockfight.

And with any cockfight, there’s betting. 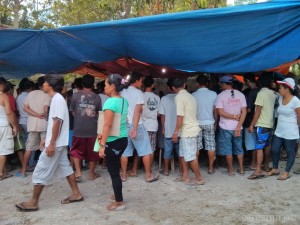 Bits and Bobs:
– I saw my first slaughterhouse at Moalboal.  It was… interesting.  I’ve always felt like I should have no business eating meat if I can’t bear to see it being made, but watching a slaughterhouse is a surprisingly normal experience. 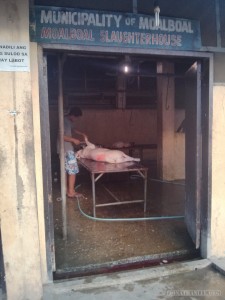 – A big-ass praying mantis!  This little buddy jumped on me while I was waiting for the bus back to town from Kawasan waterfalls.  I’m proud to say I reacted to it quite calmly, instead of jumping and screaming like a little girl. 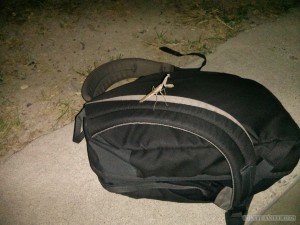 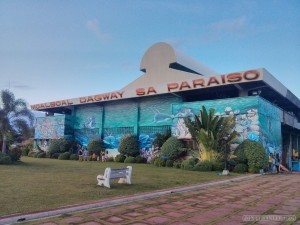